Does anyone remember the LORAC Cheek Stamps (c. 2008)? 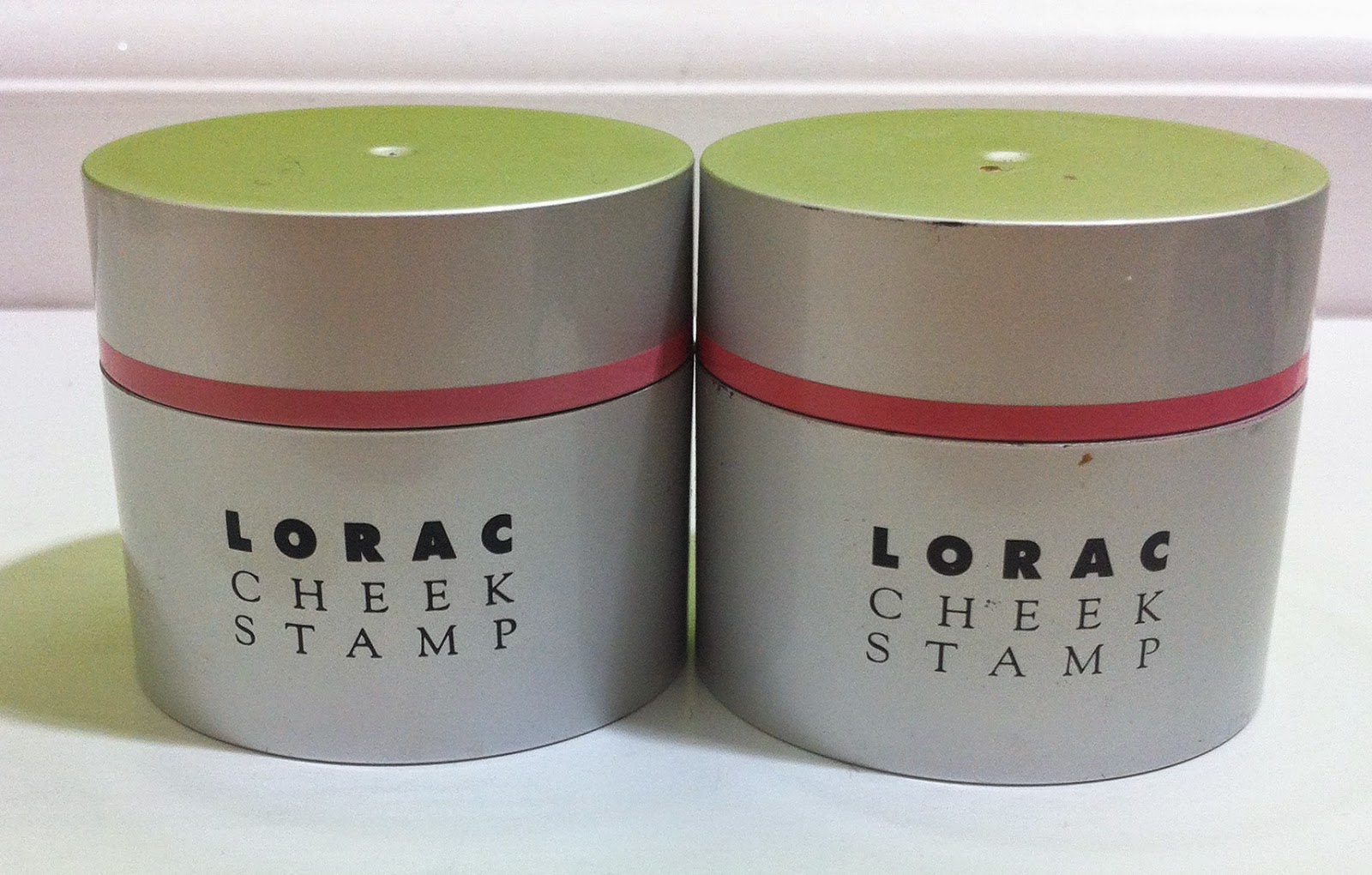 The packaging for these is rather neat, with the pressed powder blush housed in the bottom of the jar, and the lid screwing off to reveal a sponge that sits in the blush. 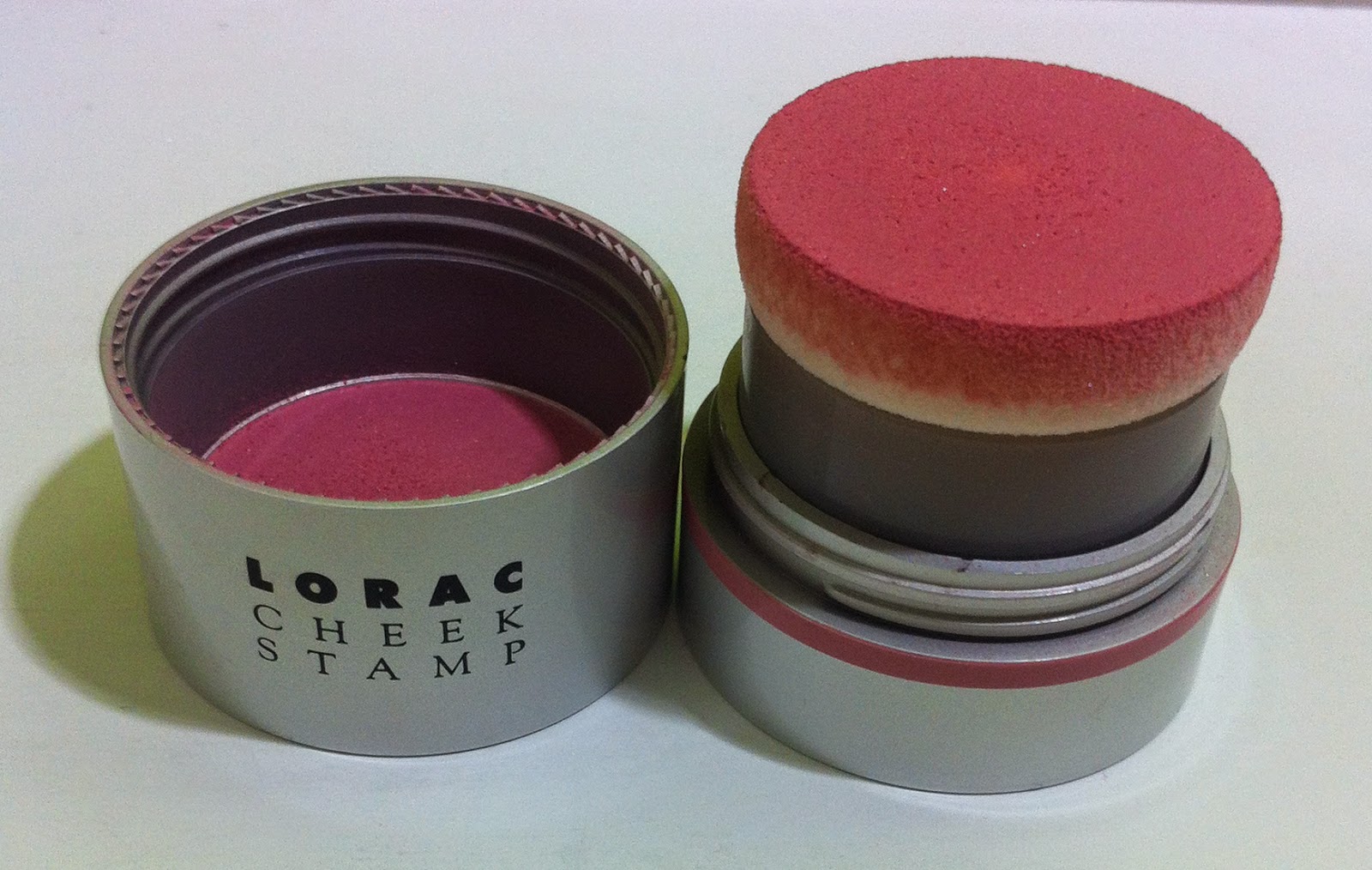 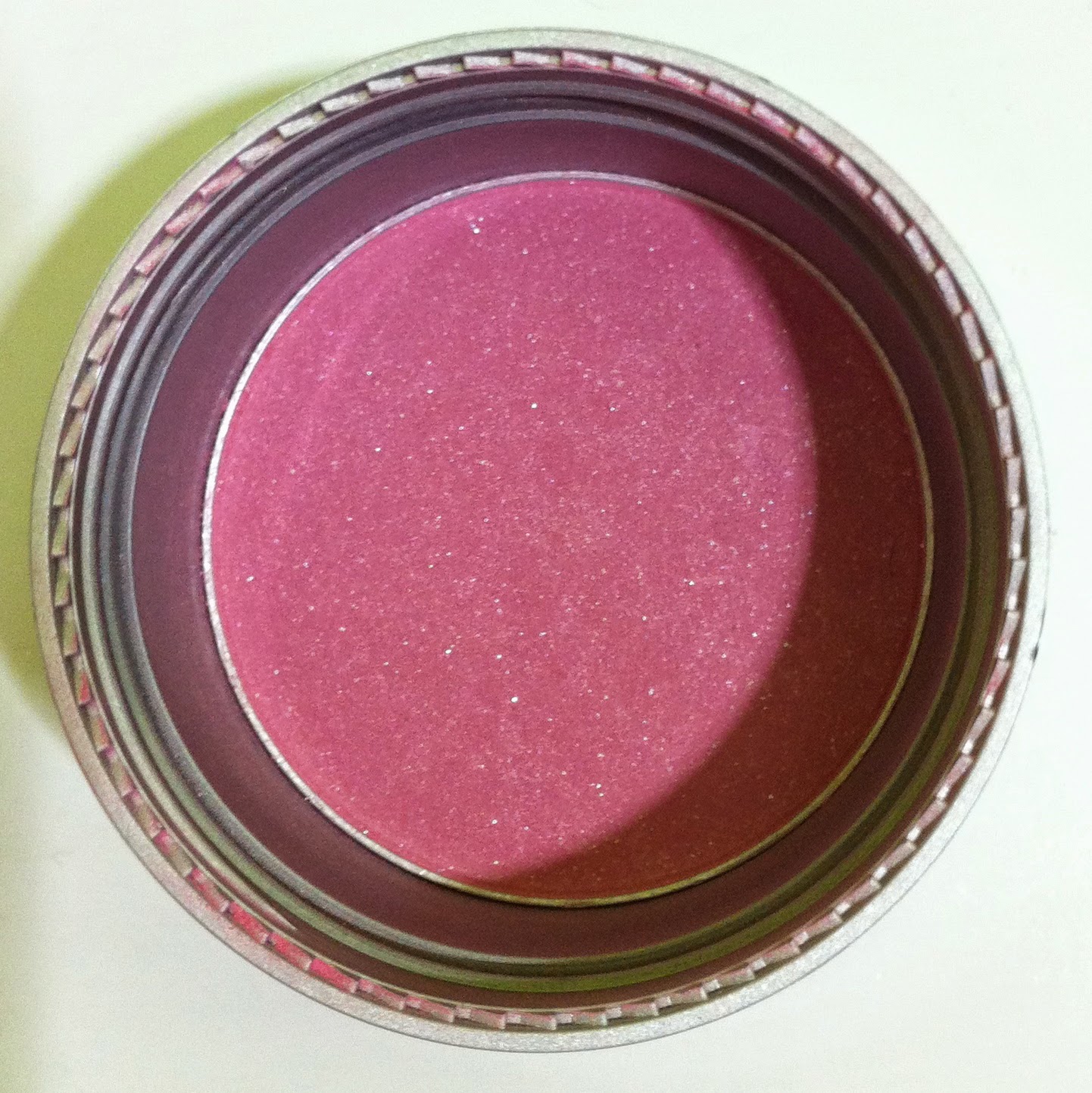 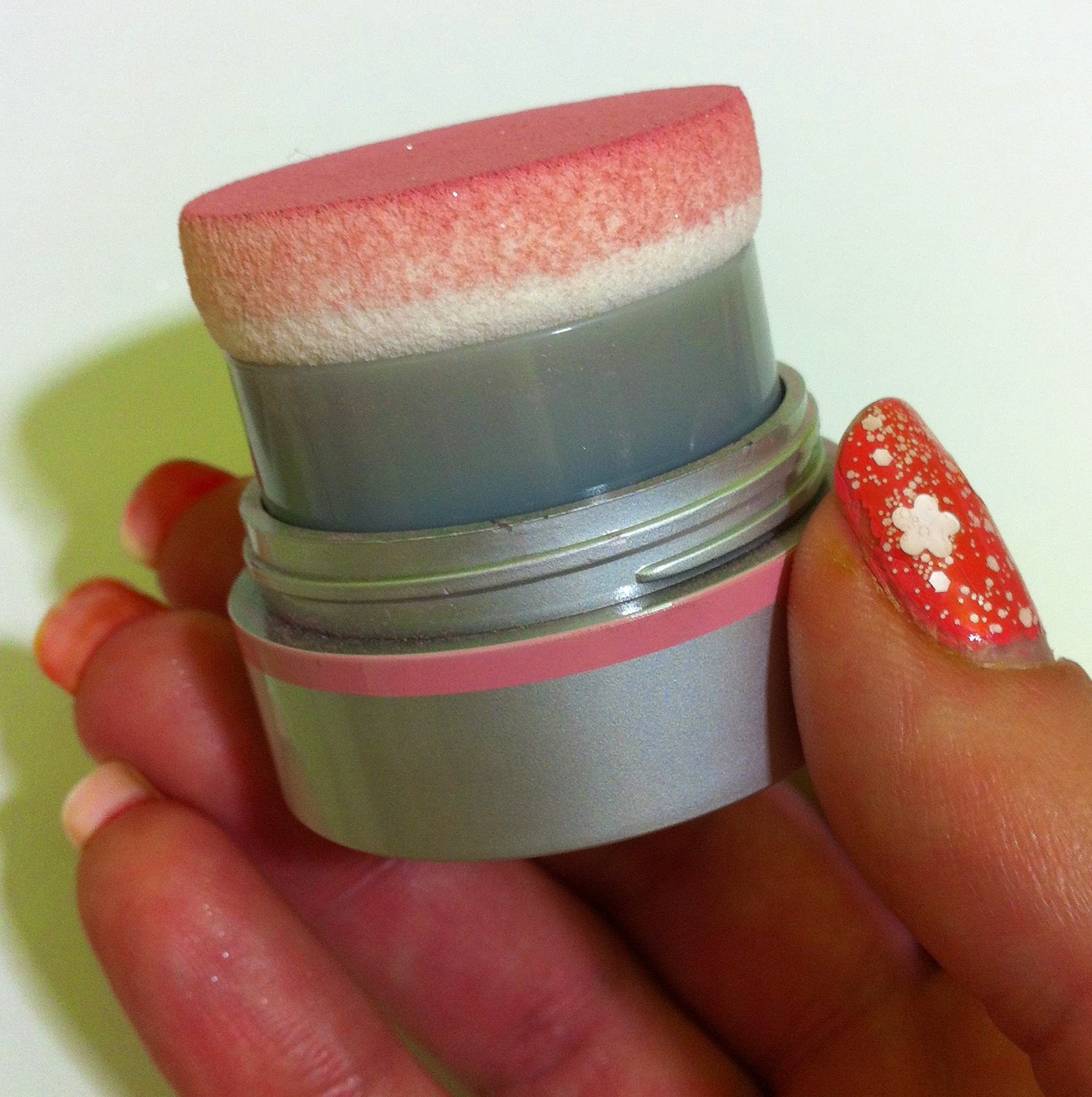 All you had to do to use them is to press or puff the sponge on the cheeks.  It's possible to apply too much blush this way, so sometimes blending with a brush was necessary.  You could also just use a brush to grab some of the blush from the bottom of the pot if you thought using a sponge was too yucky.

The blush is silky and quite pigmented.  There were maybe five shades available. 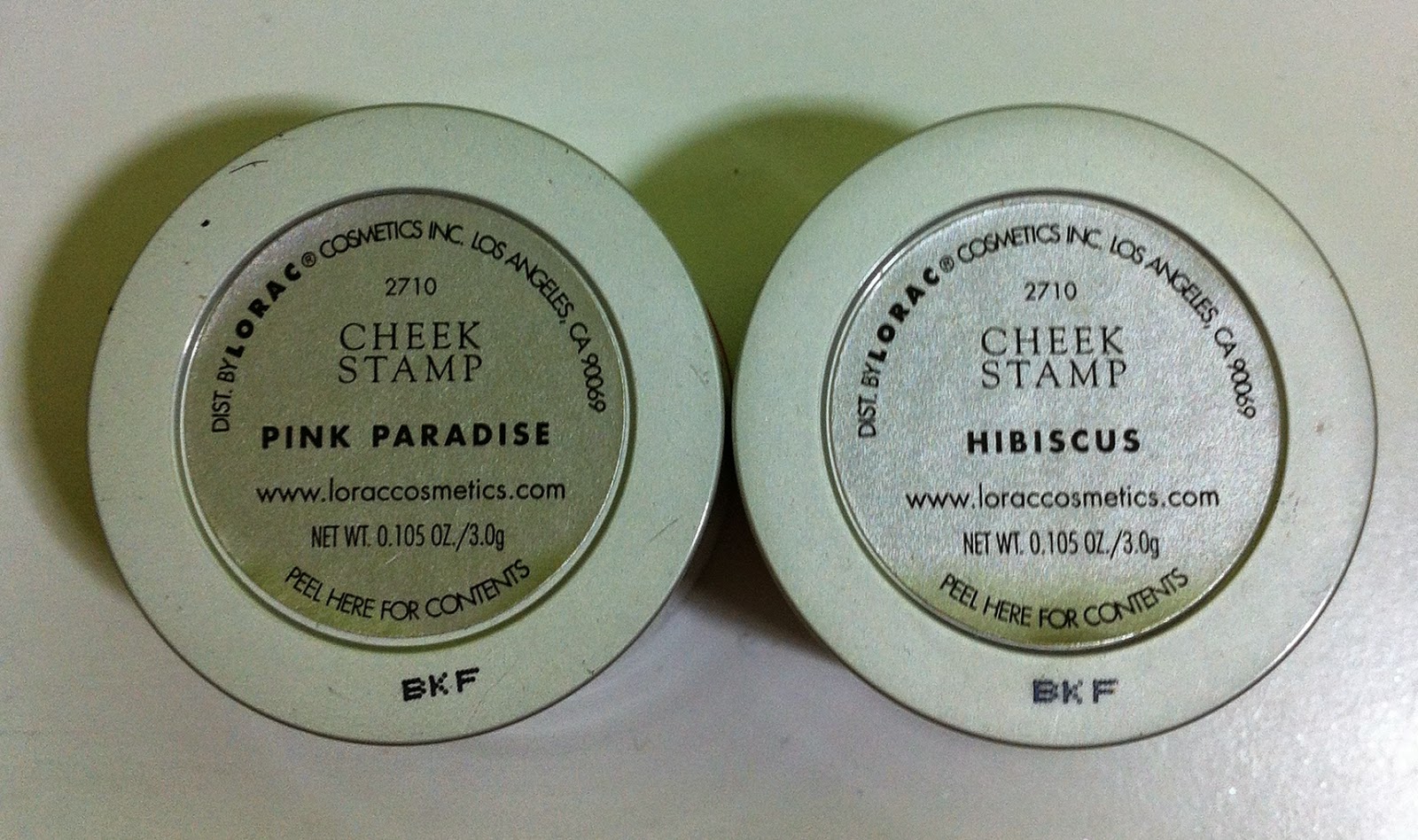 Pink Paradise is a cool, blue-based, matte pink.  Hibiscus is a warm pink with sparkle.


I really liked these and will still occasionally use them, although with a brush and not the sponge.

Cute and cool, right?
Posted by Ingrid at 2:04 PM No comments:

The Amazing Daylilies In My Garden

I've had various daylilies blooming in my garden during the past month.


'God Save the Queen' is glorious.  Large bloom and rich colors. 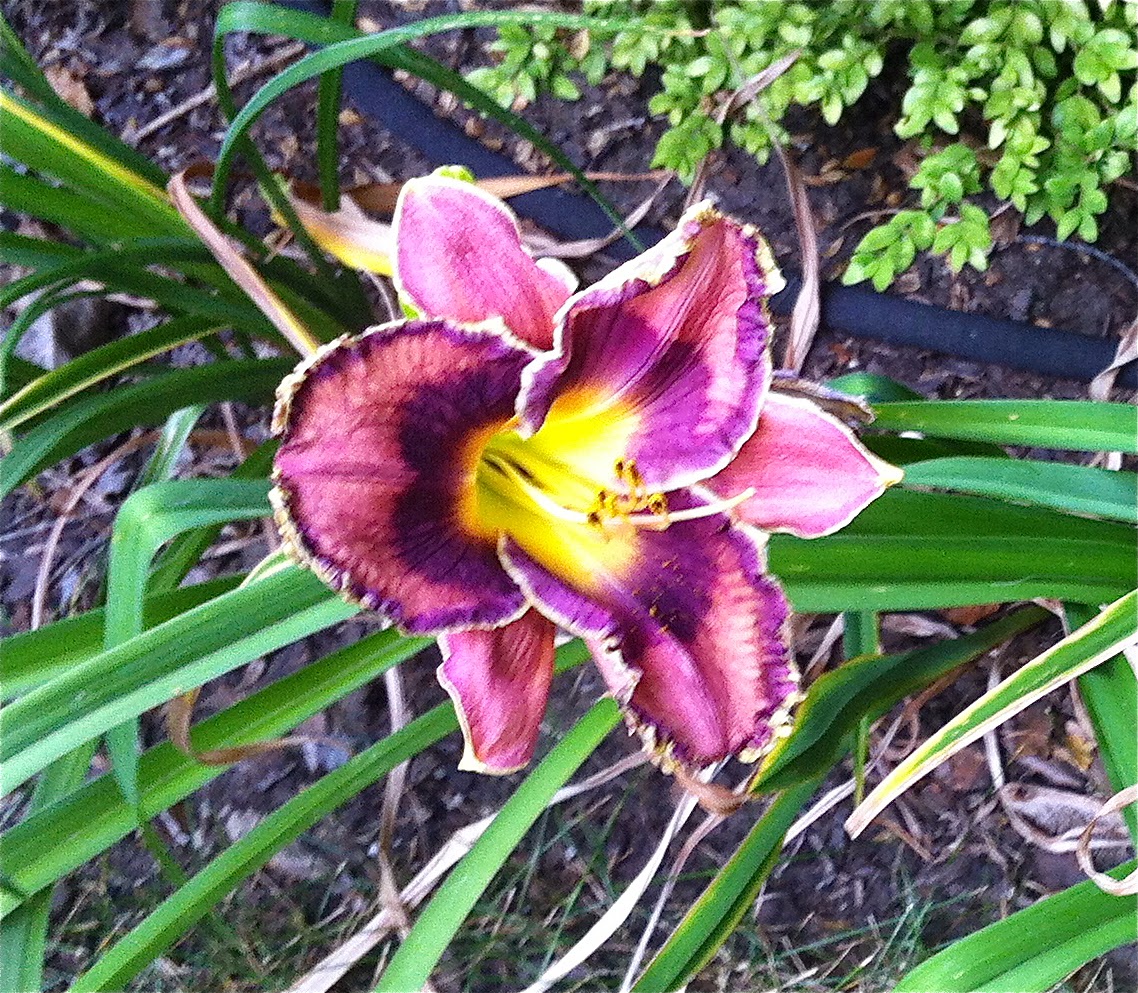 'Eight Miles High' has long petals that droop a little and give it an unusual look. 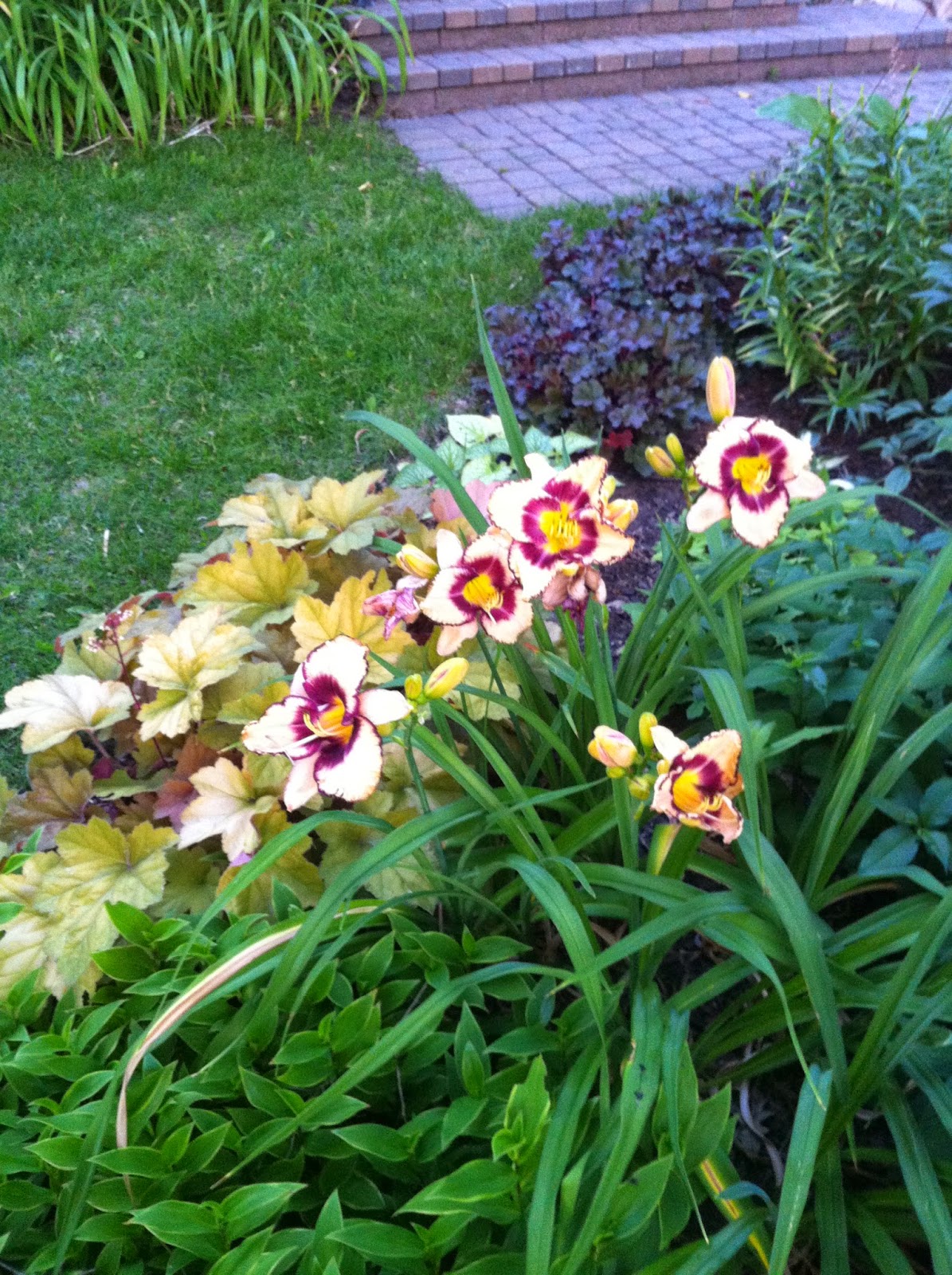 I don't know the proper name for this daylily.  I think it may be sometimes called a "Ditch Lily".  It is ubiquitous in my neighborhood.

The ruffles on the edges of 'Spiny Sea Urchin' occasionally look like spines or teeth.  Smallish bloom. 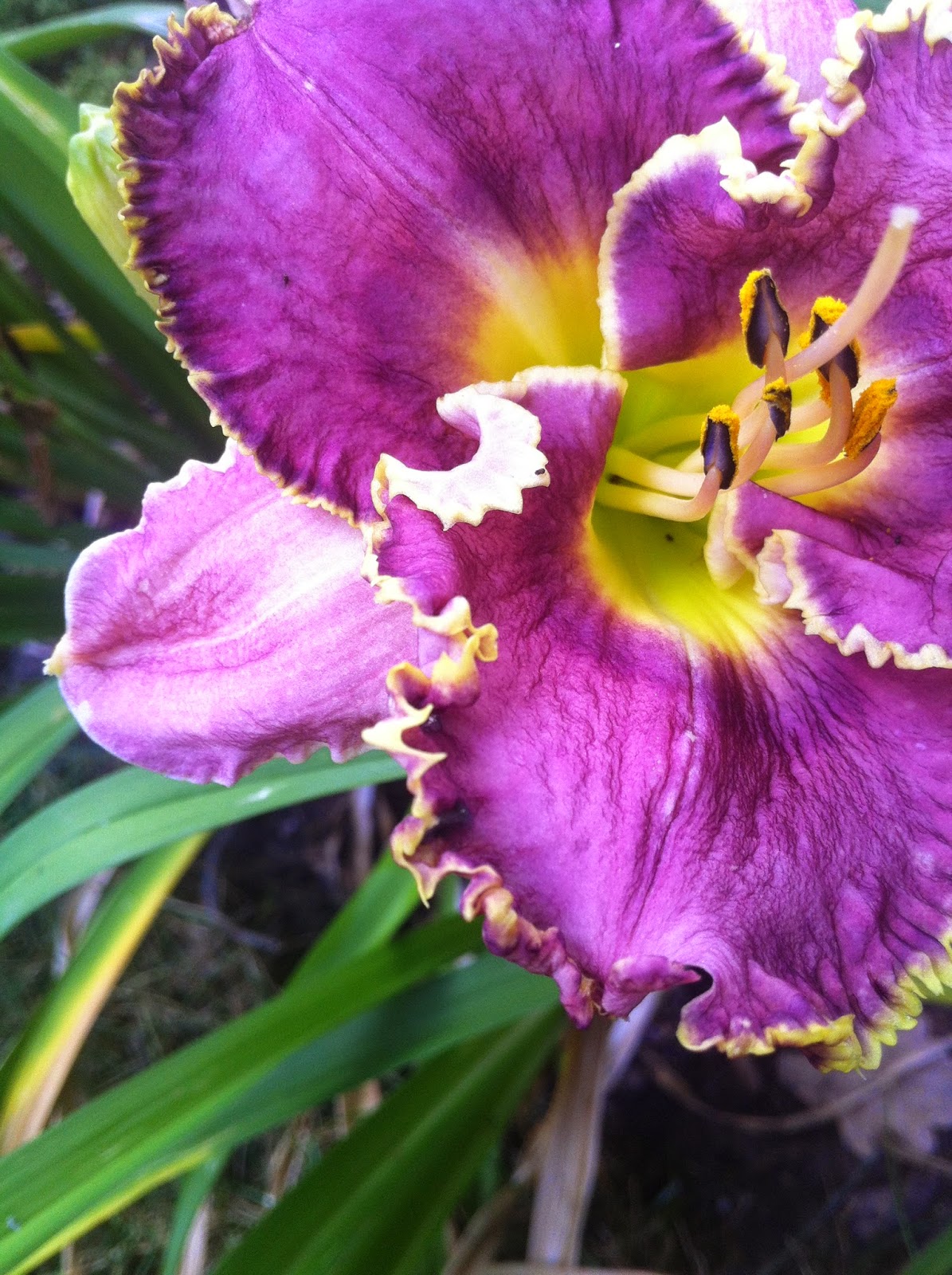 Mildred Mitchell has smaller blooms than I expected.  I like the lighter petals behind the front petals.

My favorite daylily we have is 'God Save the Queen'.  It's spectacular.
Posted by Ingrid at 2:04 PM 10 comments:

After seeing Phyrra do some amazing eye looks, and reading Chelsea's pictorial over at Tiger Love Beauty, I decided I really needed to try using tape to create an edge to the shadow on the outer part of the lid.  Chelsea softened the line in her look, but I decided to keep mine sharp for a more graphic look. 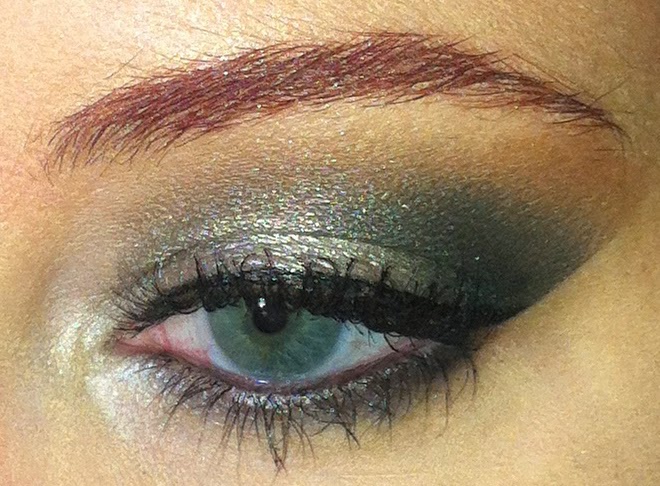 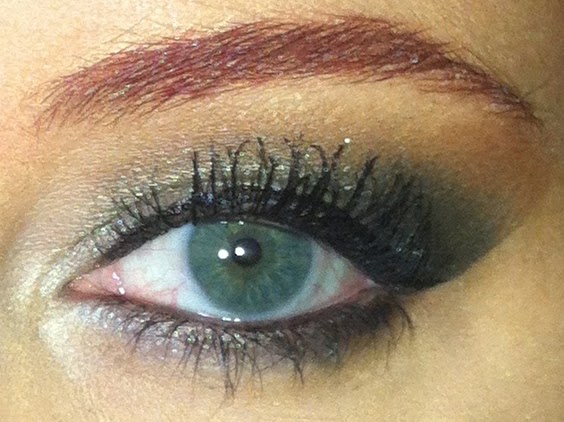 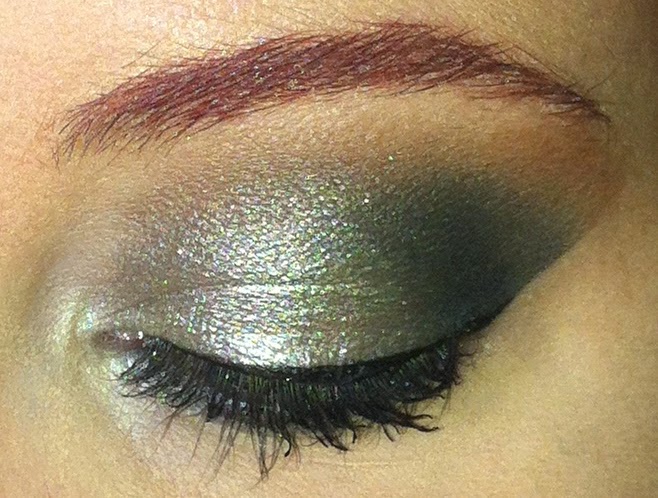 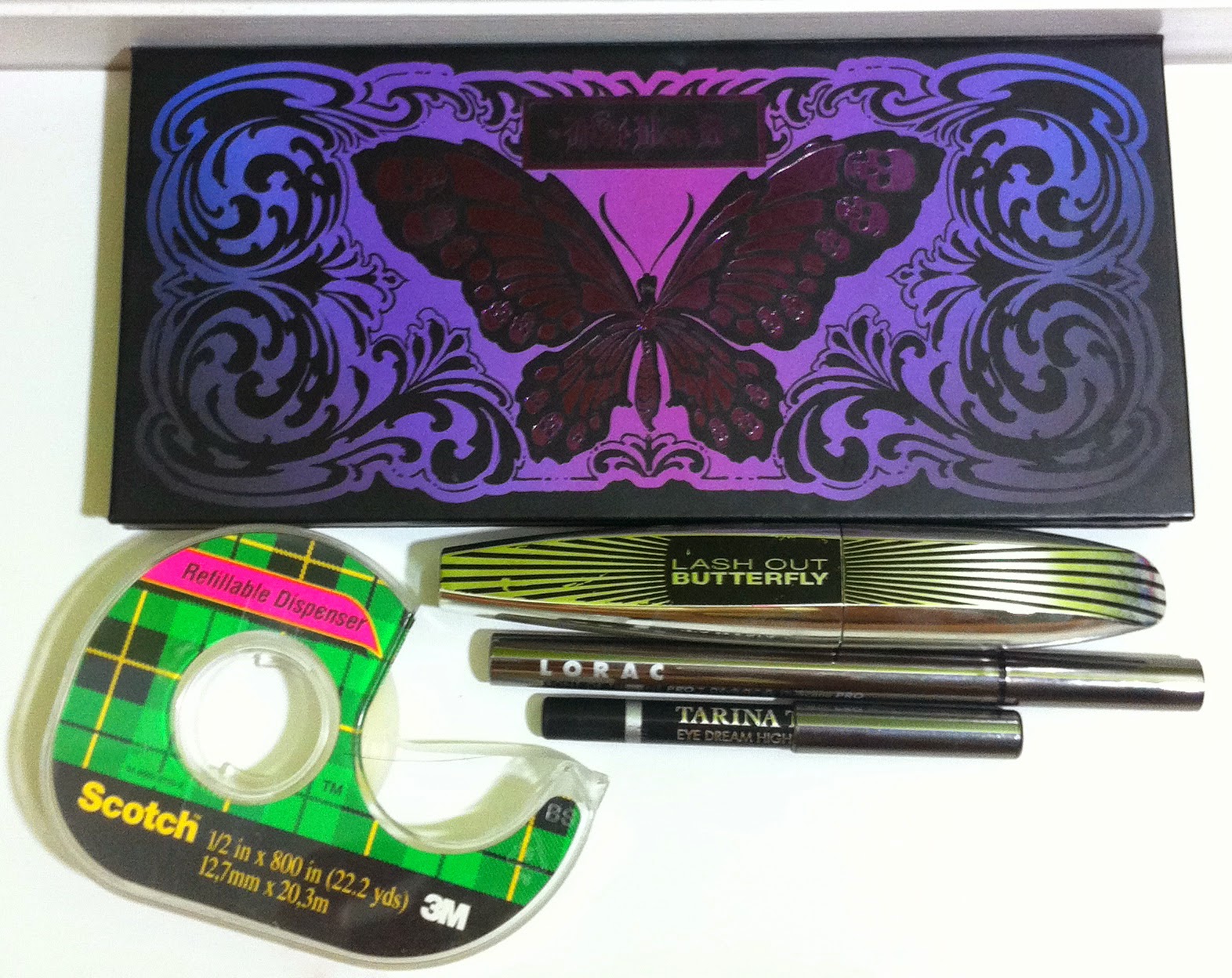 I used:
Kat Von D Chrysalis Palette --
Melancholia (shimmery silver) on the moving lid
Graphic Nature (shimmery dark silver) on the outer 1/3 of the lid and lower lashline
Glasswing (matte dark tan) in the crease and up towards the brow
Lifelike (matte ivory) under the brow
Lunar Lights (shimmery light silver) by the tear duct
LORAC Front of the Line PRO Liquid Eyeliner on the upper lashes
L'Oreal Voluminous Butterfly Mascara
Tarina Tarantino Hyperliner eyeliner in Tommy Jet on the waterlines 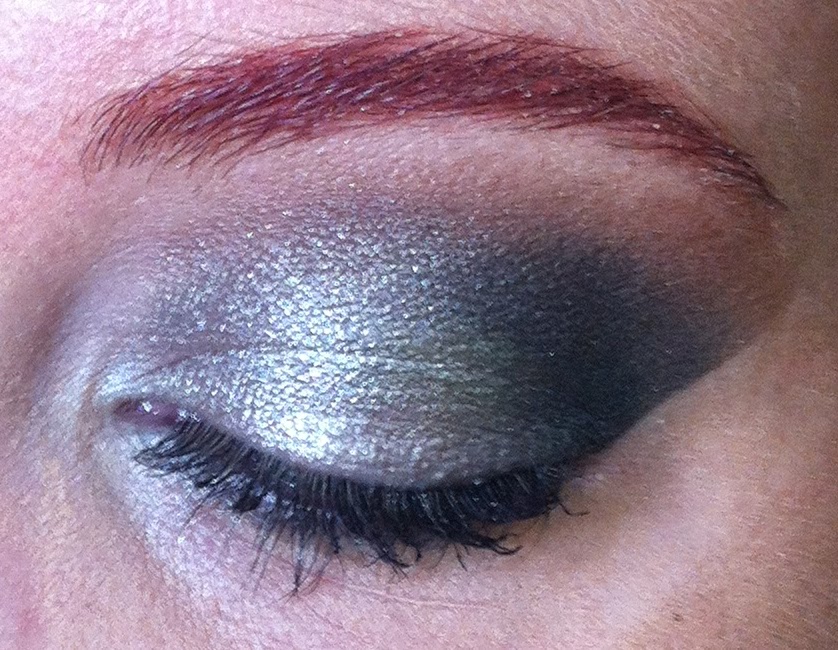 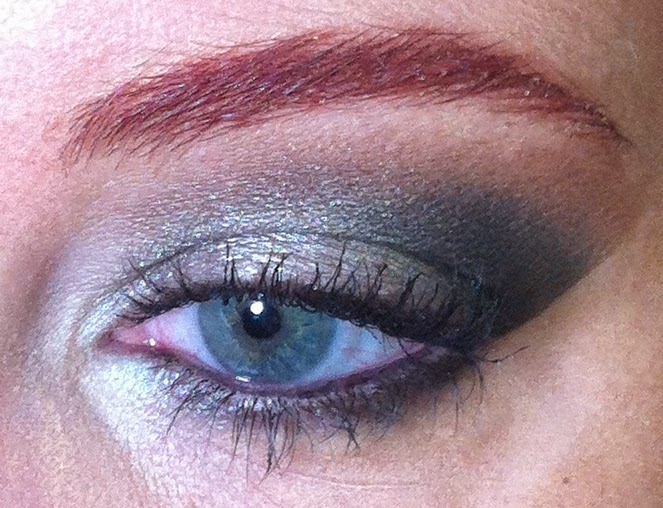 My husband loved this look, and it was perfect for date night.  He's been requesting more eye looks using tape ever since I did it!

The gemstone that inspired today's look is January's birthstone, garnet. 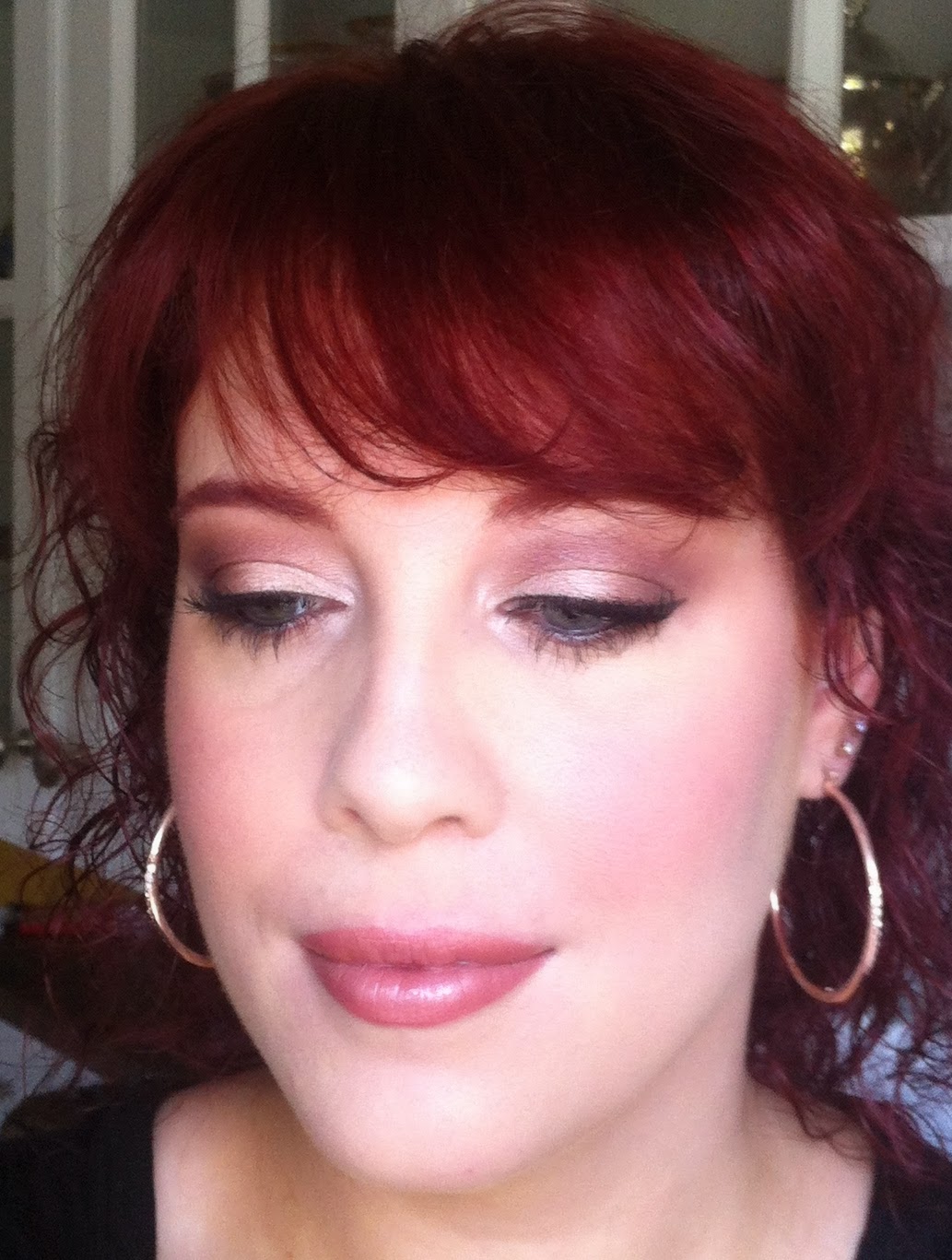 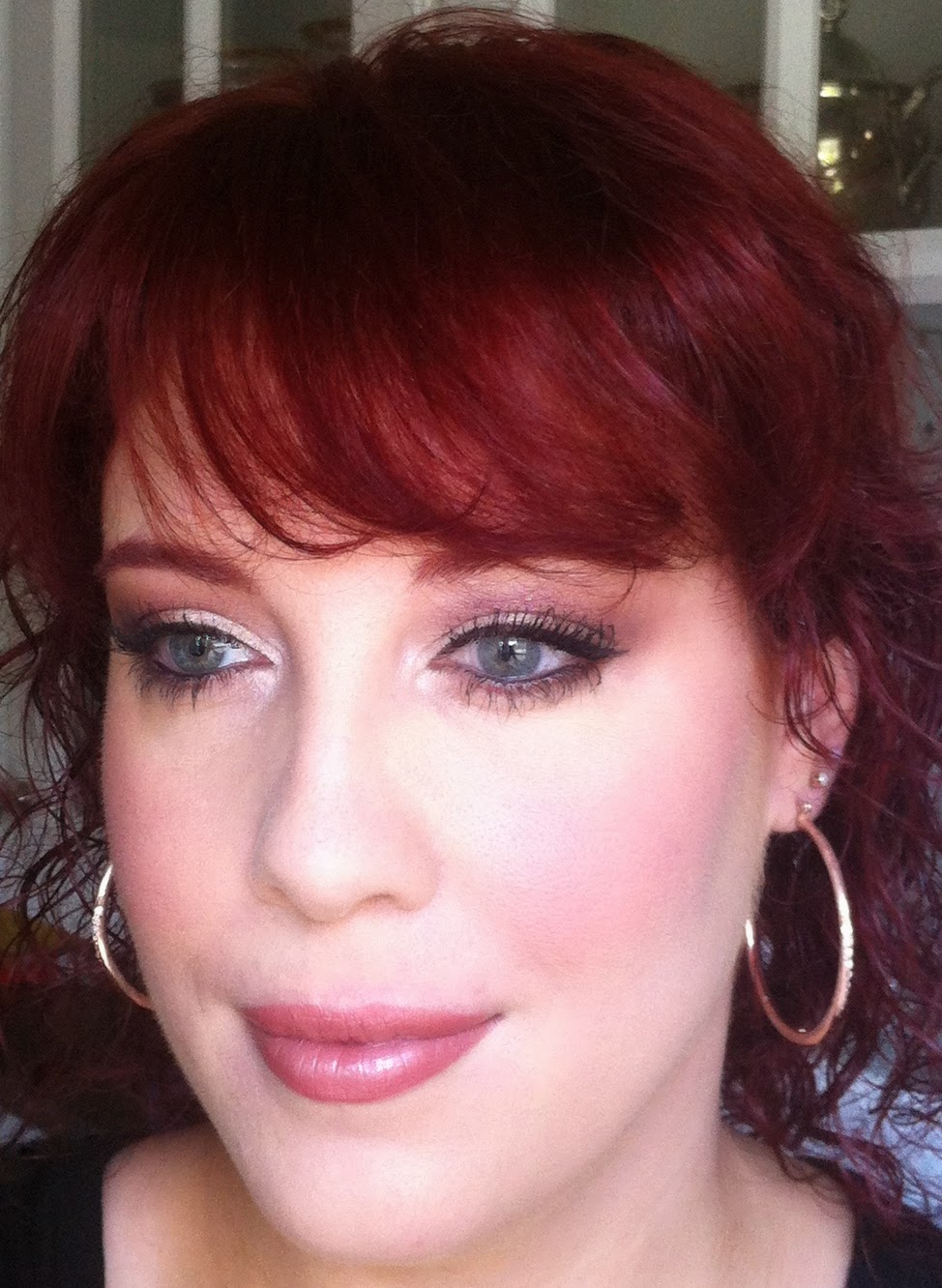 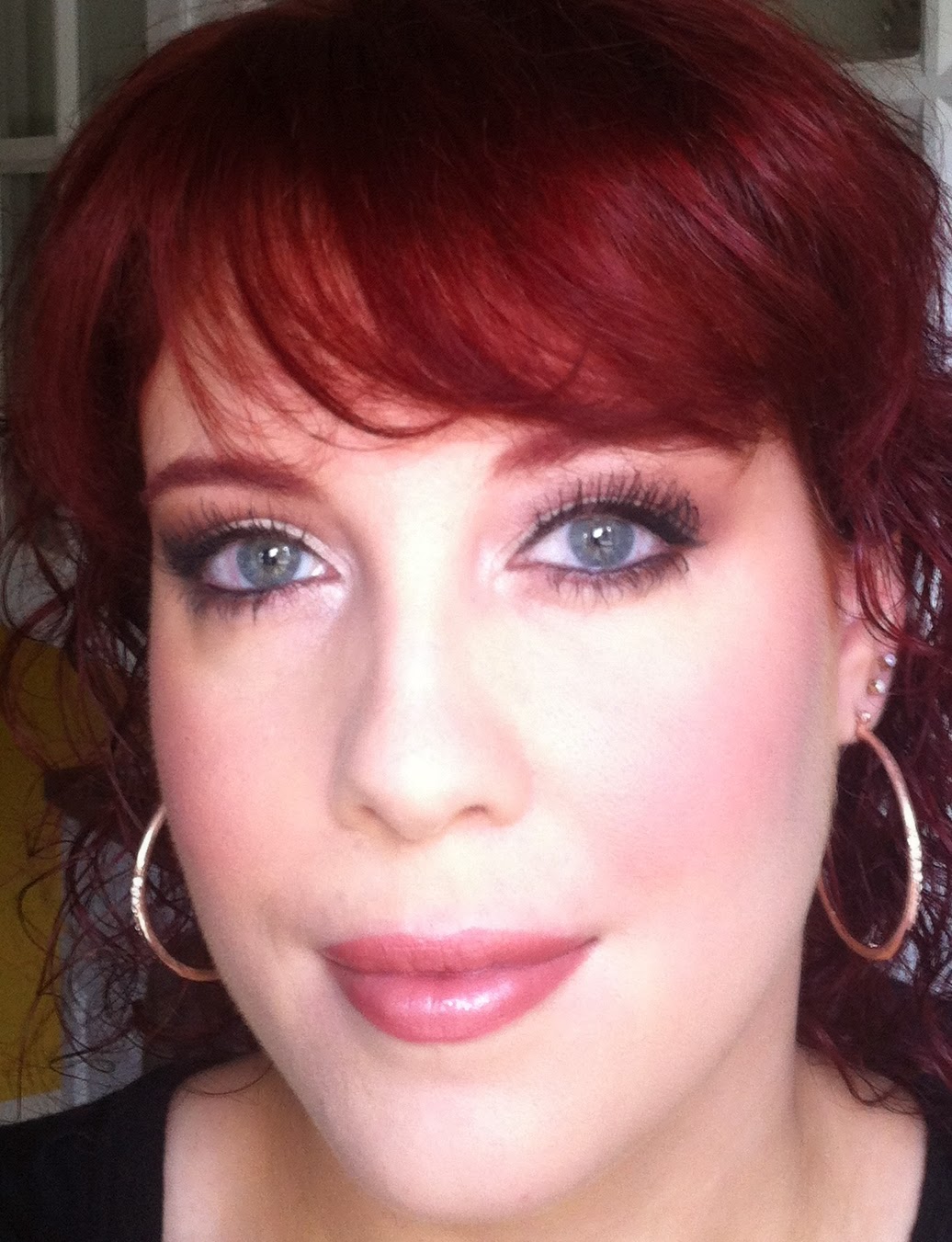 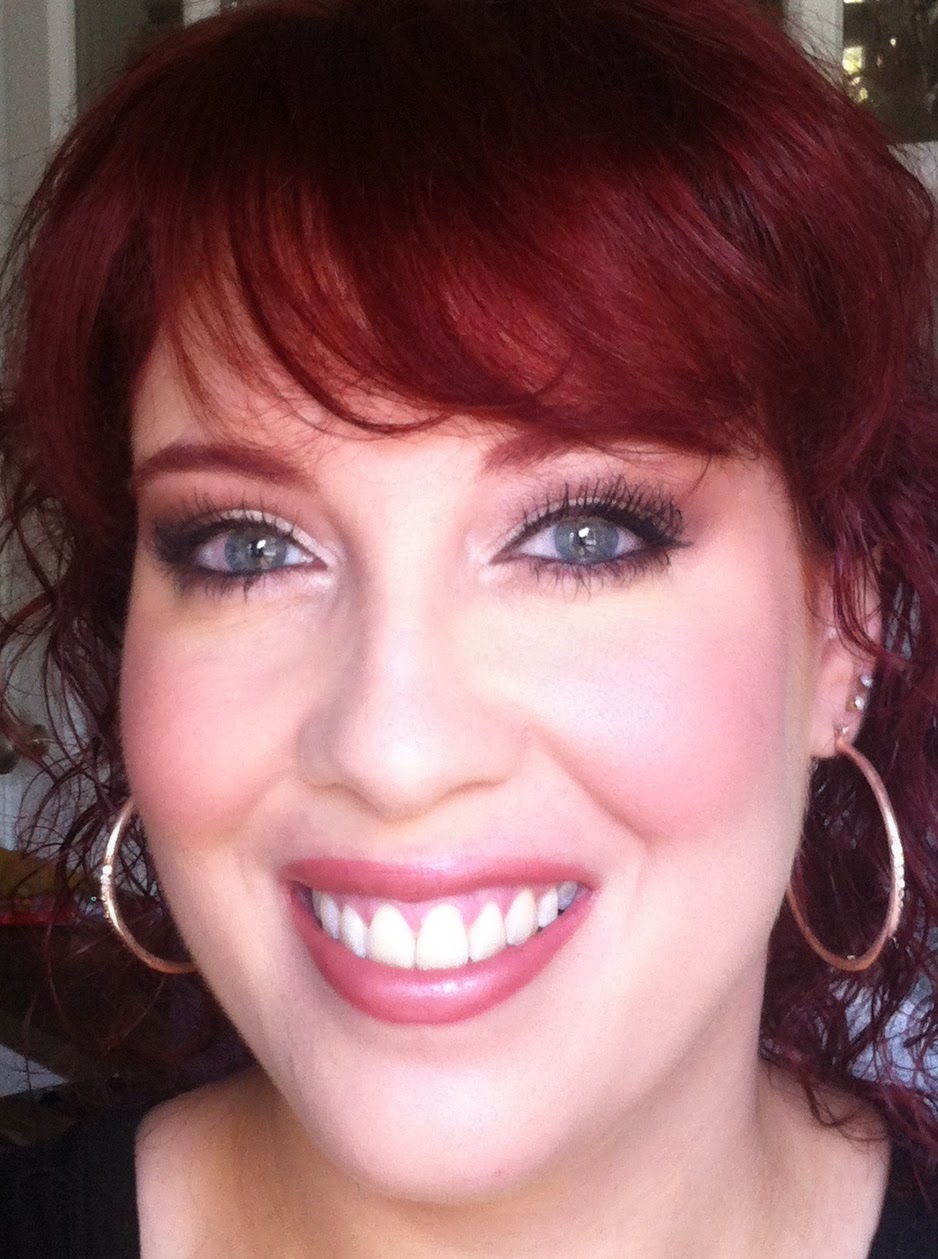 Garnets can be found in all colors of the rainbow.  According to the American Gem Society, the stone was named for its resemblance to a pomegranate seed (pomegranate's scientific name is Punica granatum --- so, it makes sense: granatum --> garnet).  There are six different species of garnet that differ from one another in chemical composition, but share similar physical characteristics and crystal forms.

According to Wikipedia, garnets have been in use as gemstones and abrasives since the Bronze Age (c. 3000 - 600 BC).  Crushed garnets are sometimes used to create "garnet paper", a kind of sandpaper which is primarily used for woodworking.


Almandine garnets are most commonly used as gemstones, and they are the red color I imagine when I think of a garnet. 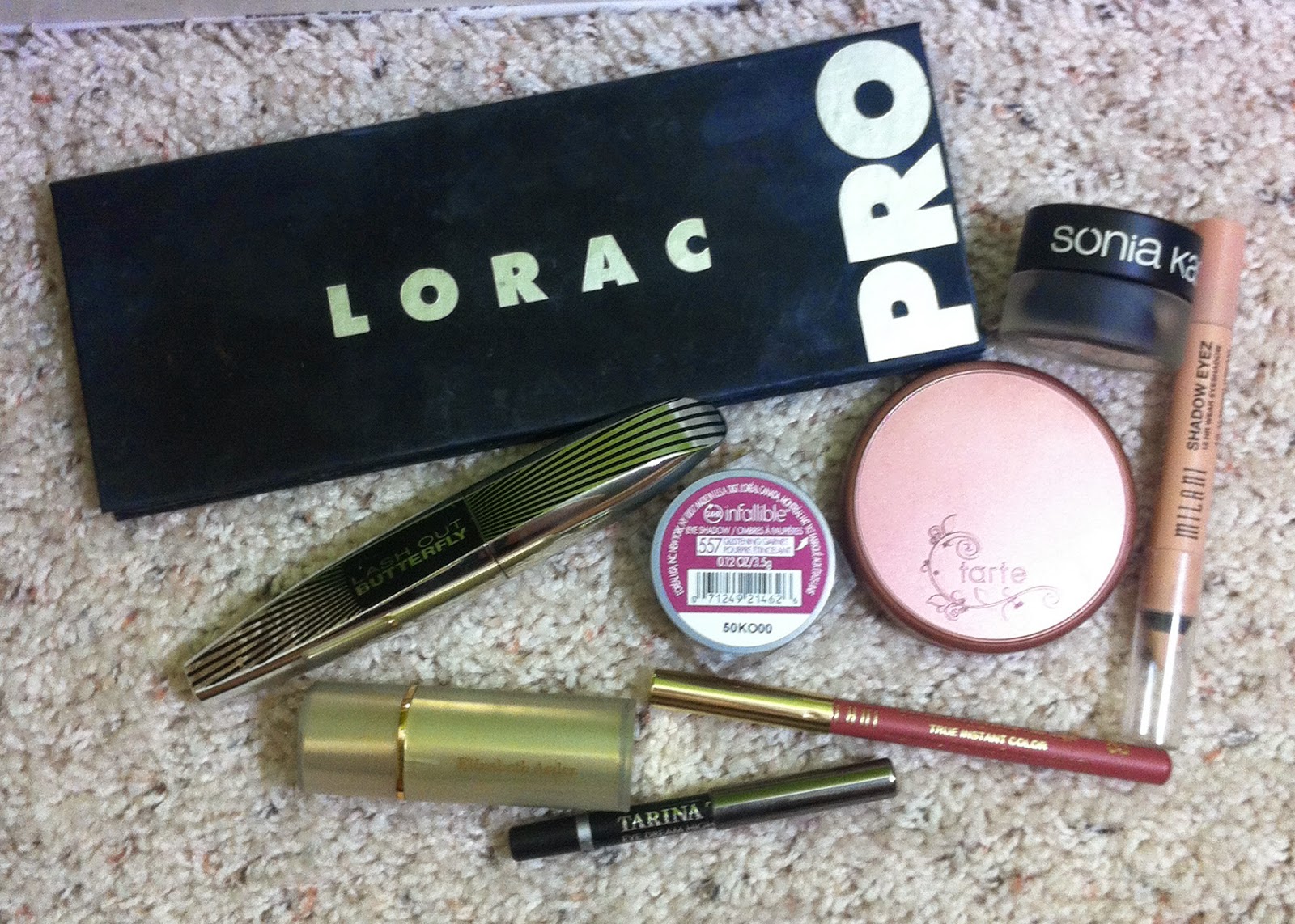 From the LORAC PRO Palette, I used the shadow called "Garnet" as it is the deep red color of an almandine garnet, and because it's named garnet.  ;) 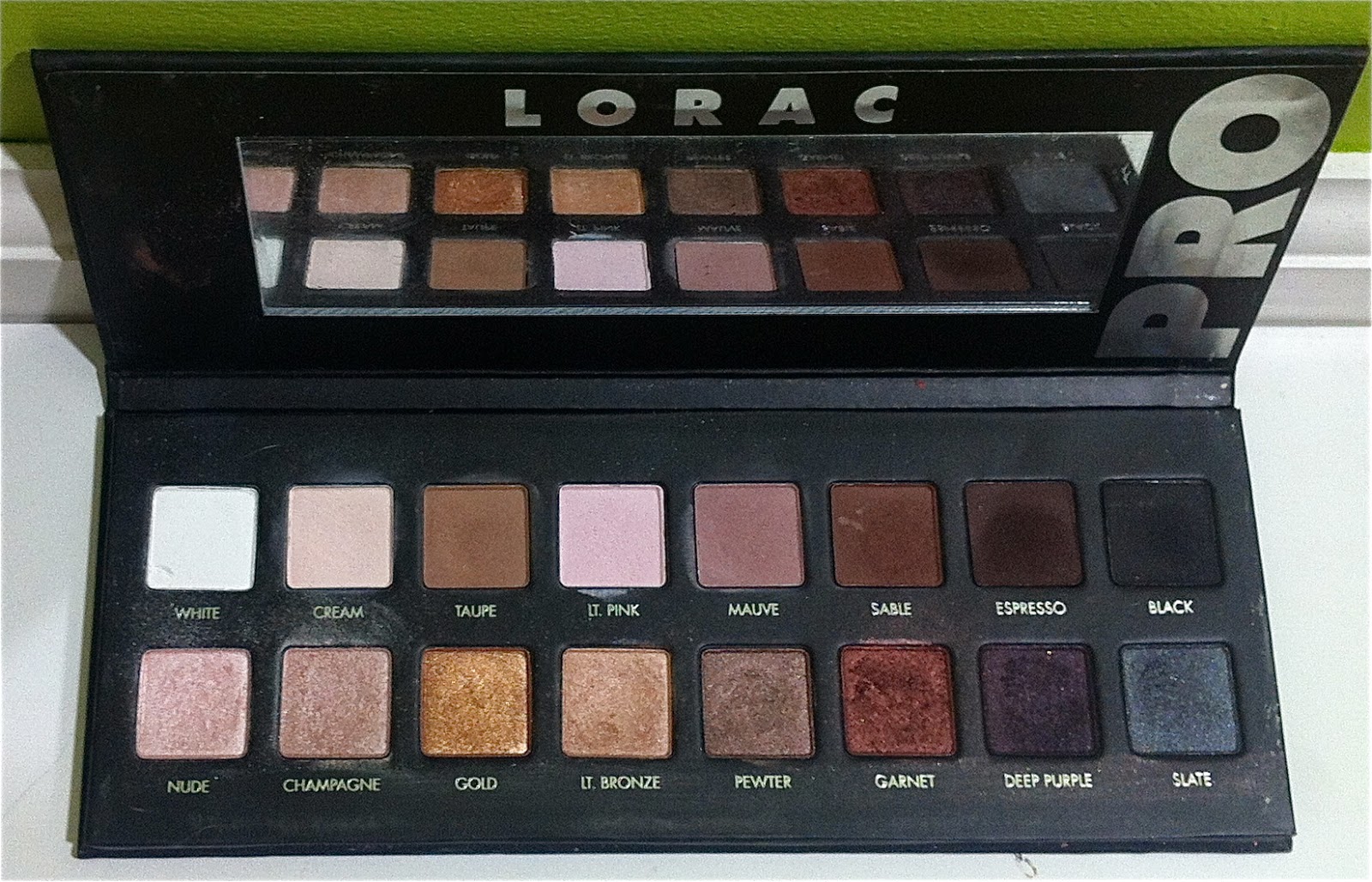 I used Garnet on the outer 1/2 of the lid, crease, and lower lashline. 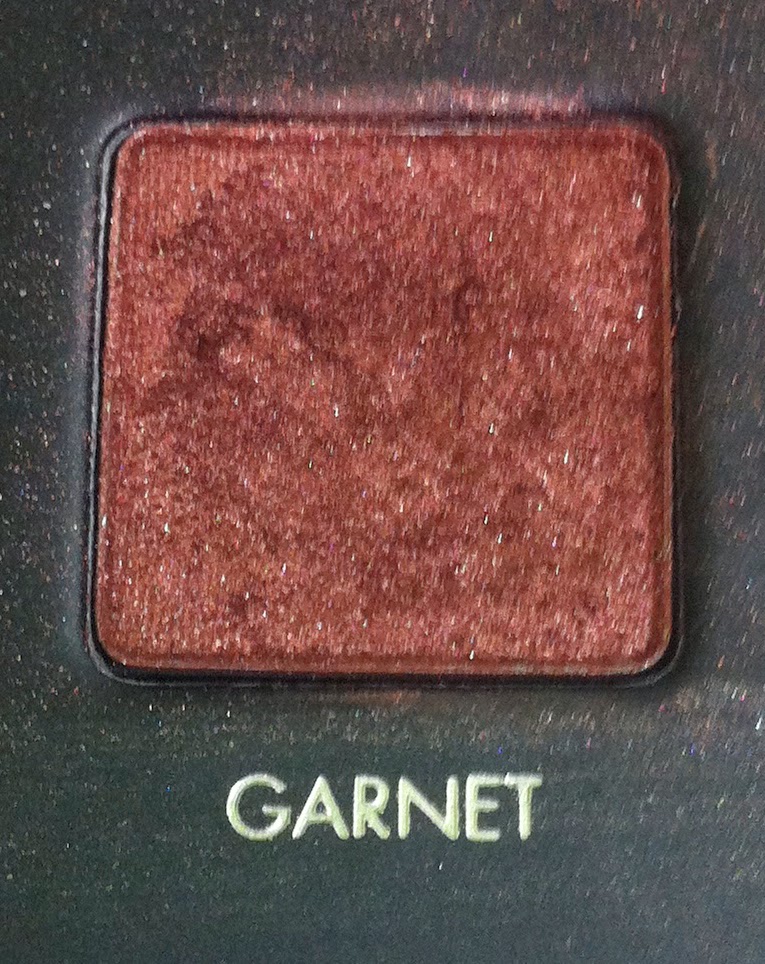 I used Nude on the inner 1/2 of the lid, under the brow, and in the inner corner. 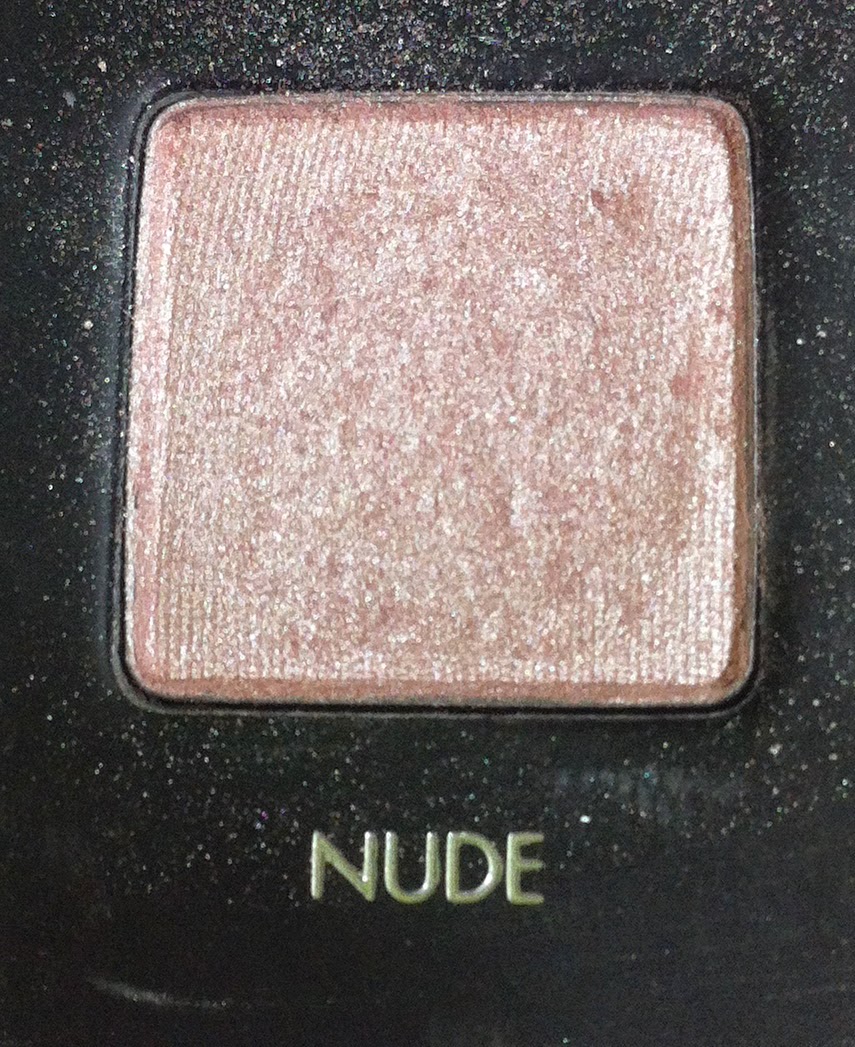 I used Milani Shadow Eyez in Almond Cream on the lid as a base. 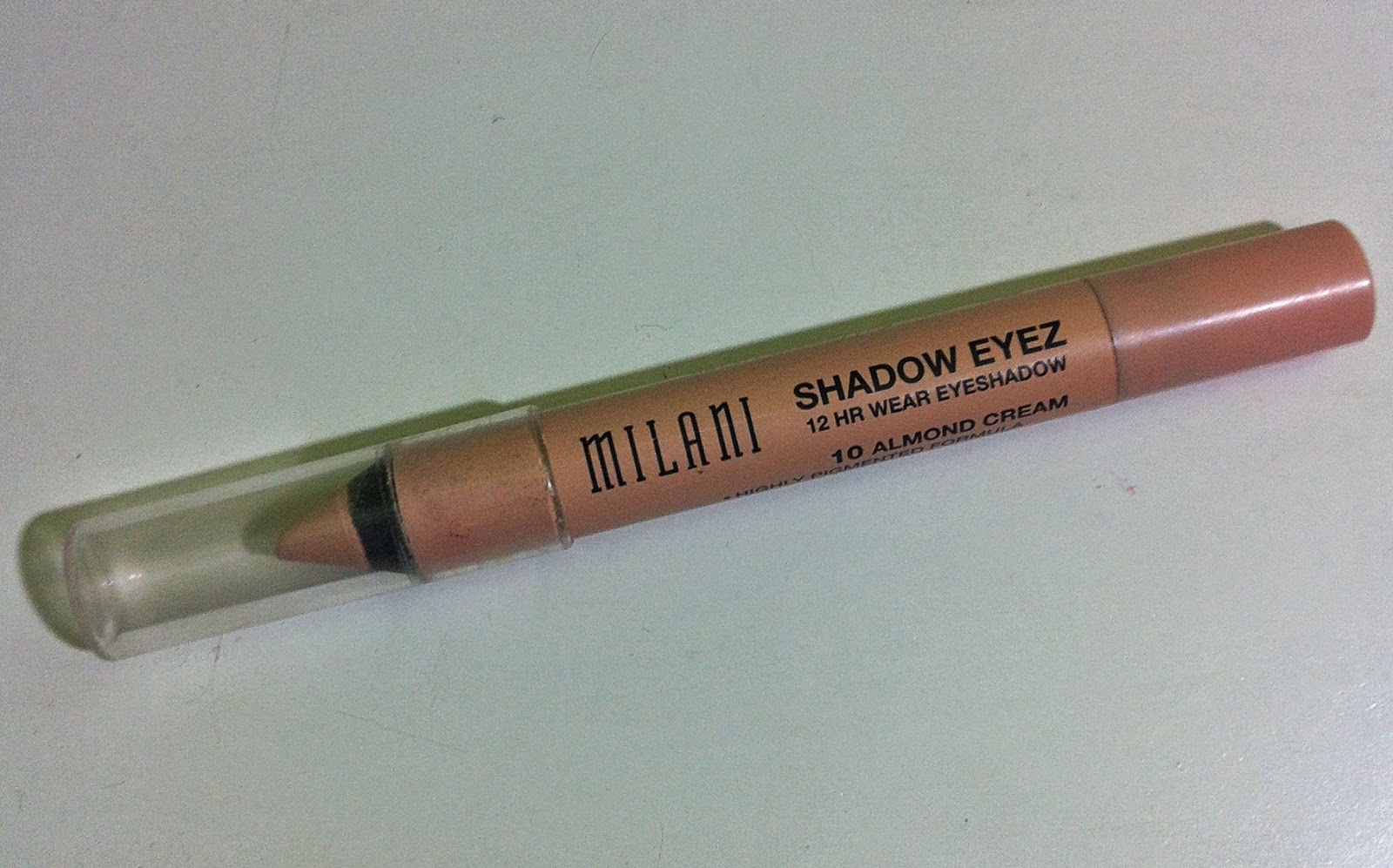 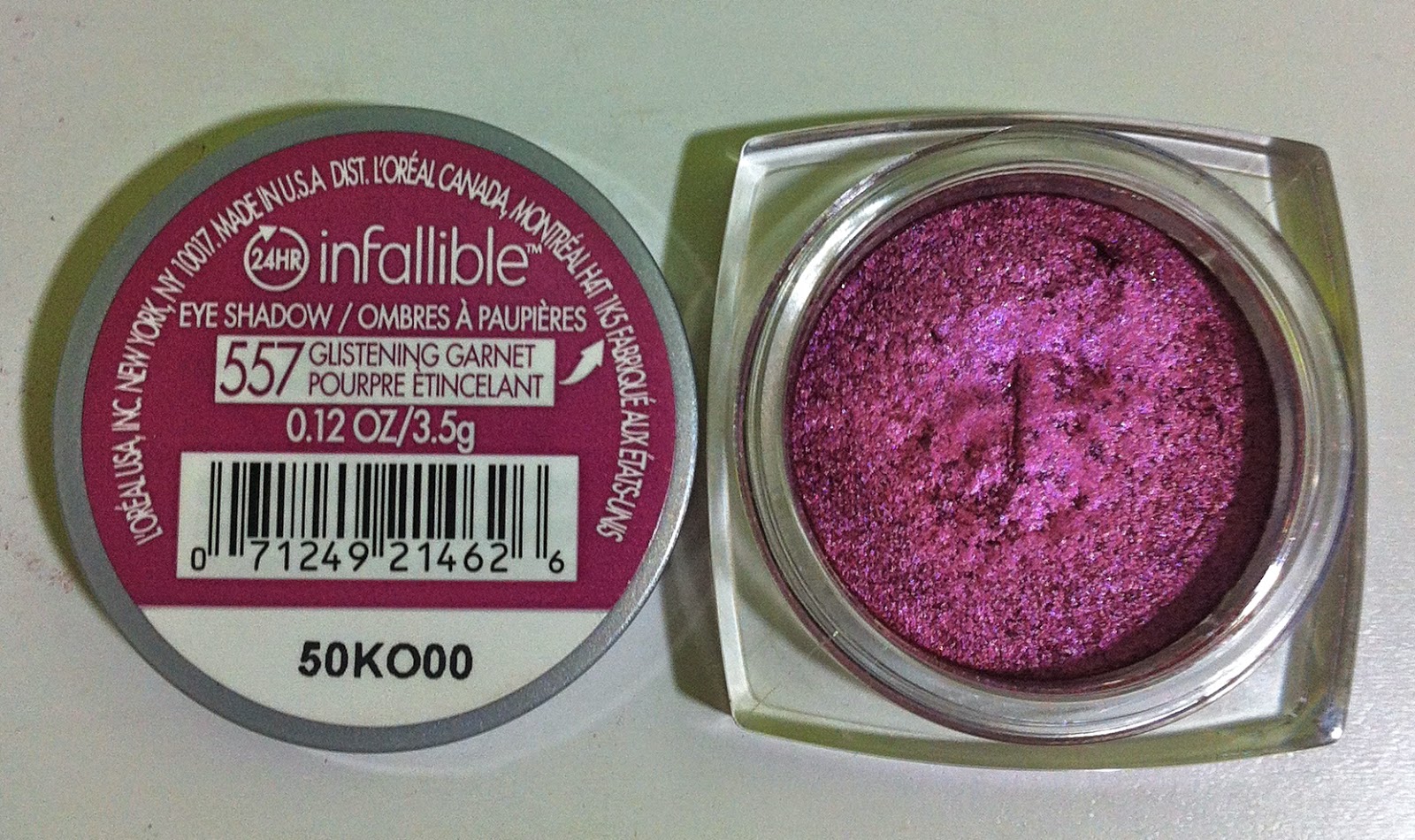 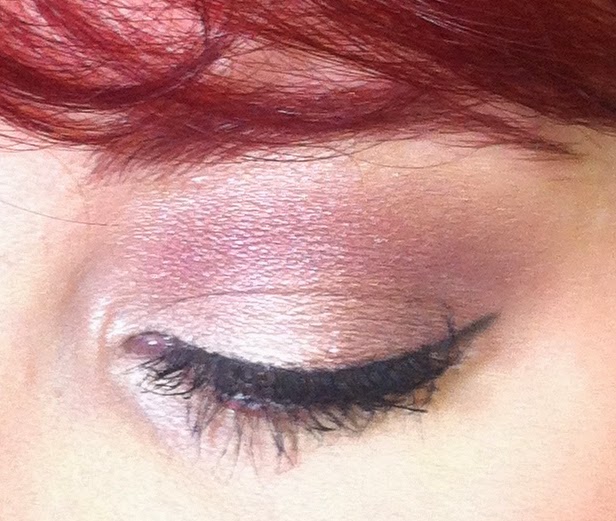 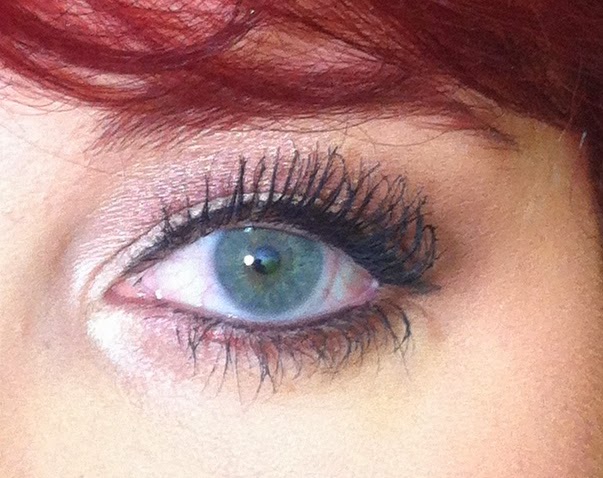 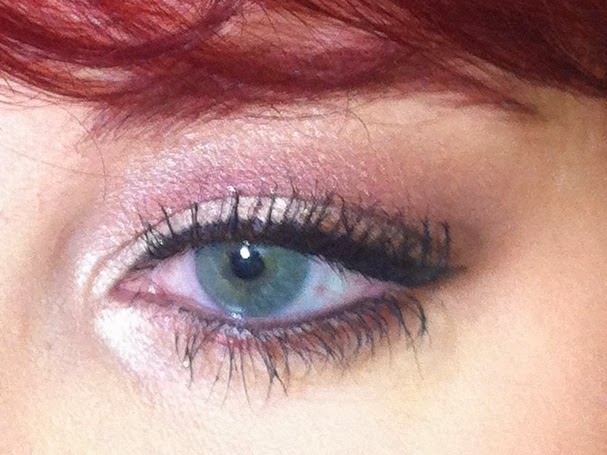 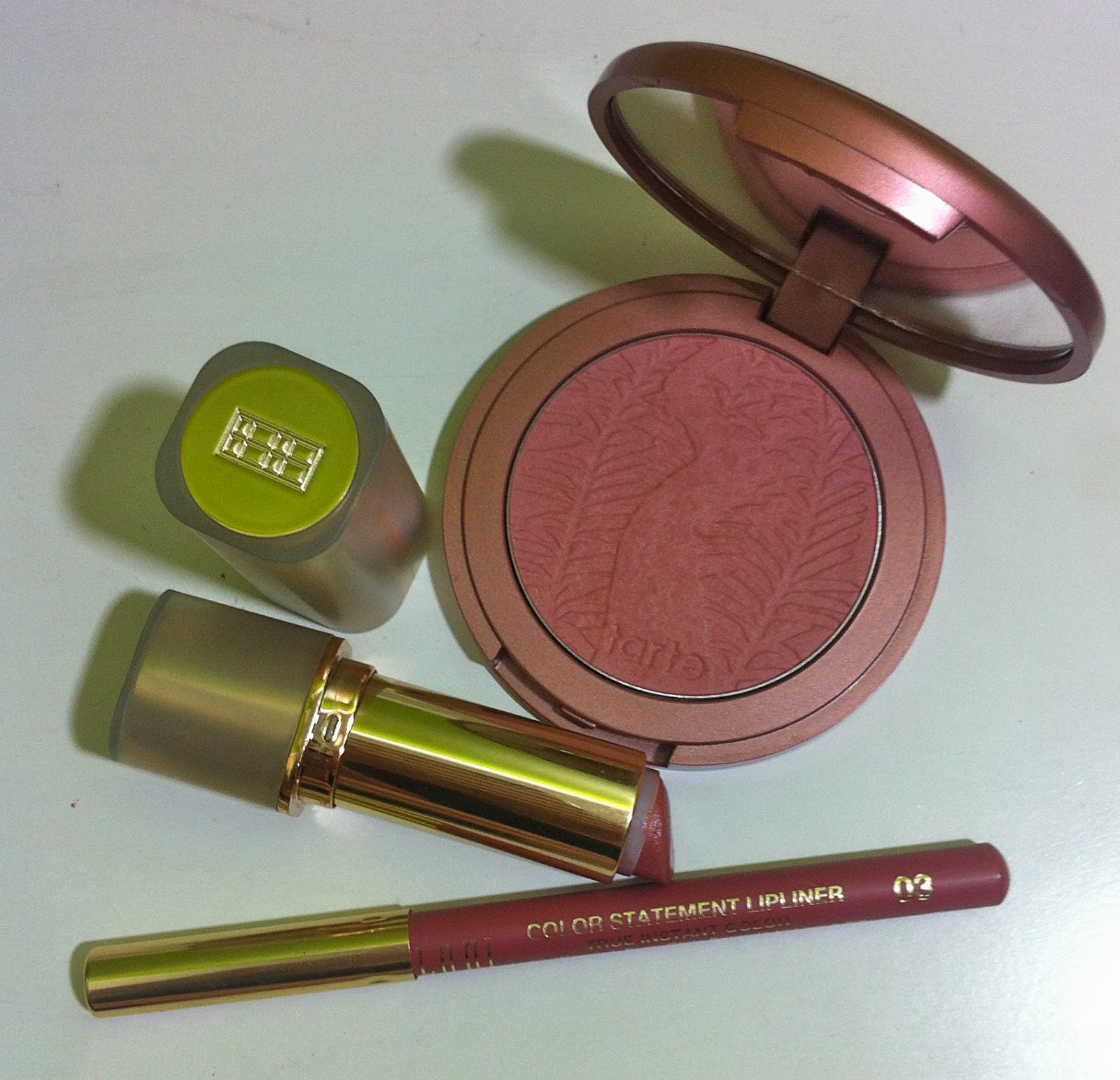 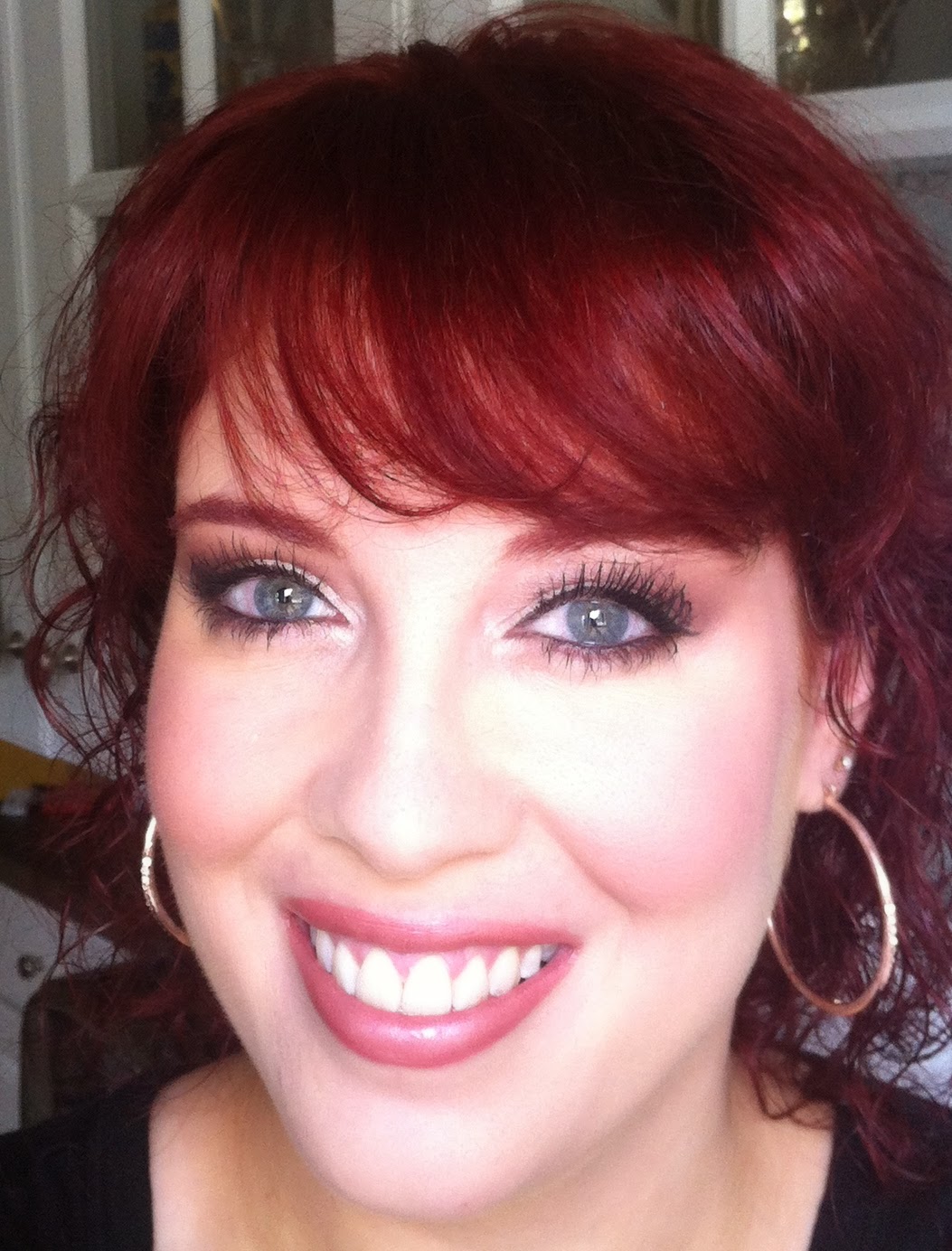 I think this is actually quite a wearable look.  The "Garnet" shade from the LORAC PRO Palette has enough brown in it to make it seem more neutral than it looks in the pan.  It may be my favorite color in the PRO Palette.

Thanks for checking out my garnet inspired look today!