Are you looking for a bright, in-your-face, "look at me!" blue eyeliner?  I have one for you. 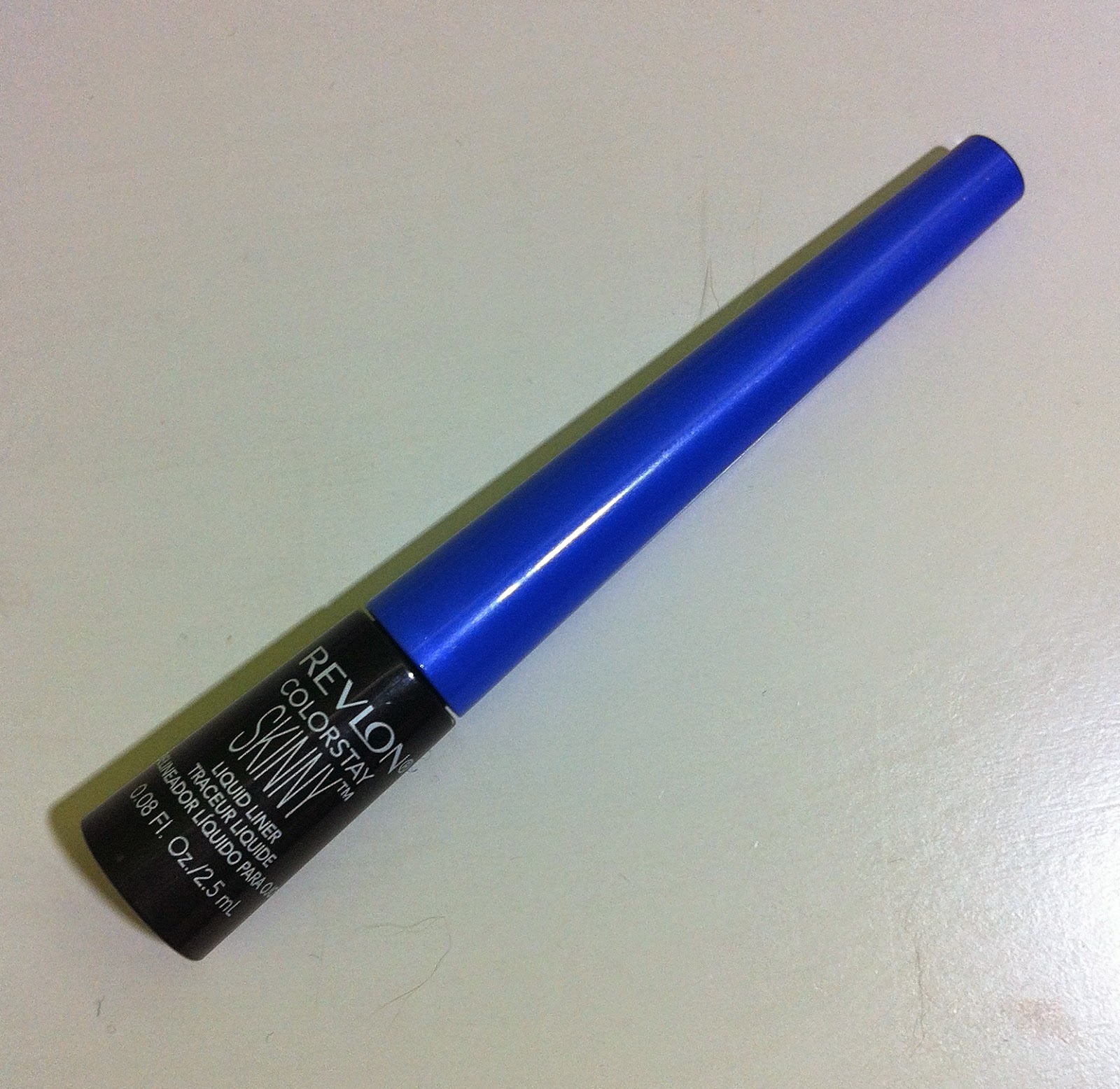 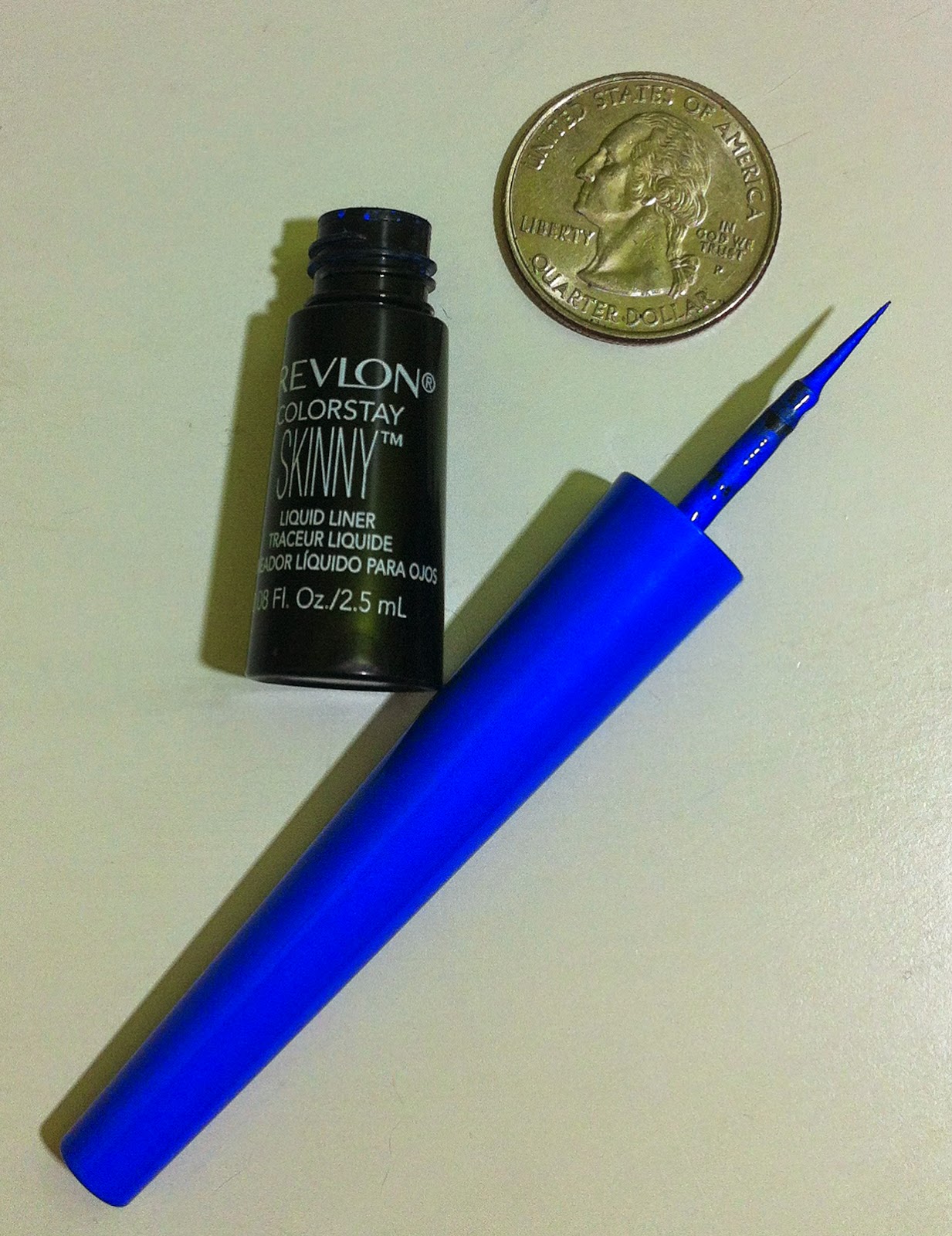 Electric Blue is an apt name for this color.  It is a "YES, I AM WEARING BLUE EYELINER" kind of shade.  It dries to a matte finish and has no shimmer or sparkle.

This is the type of liquid liner that you need to shake up before use.  The brush really is skinny and tiny (Revlon says it is 0.1 mm).  You really can create an exquisitely thin line.  It is possible, however, to make a thicker line by adding and layering color because the liner doesn't pick up color as you go over it like some liquid liners do.  The liner is opaque in color in one pass of the brush, and it dries quite quickly.  The brush is soft and pliable, versus stiff like a felt tip liner.  The wear time for this liquid liner is really pretty good (as long as you don't touch it - more on that later). 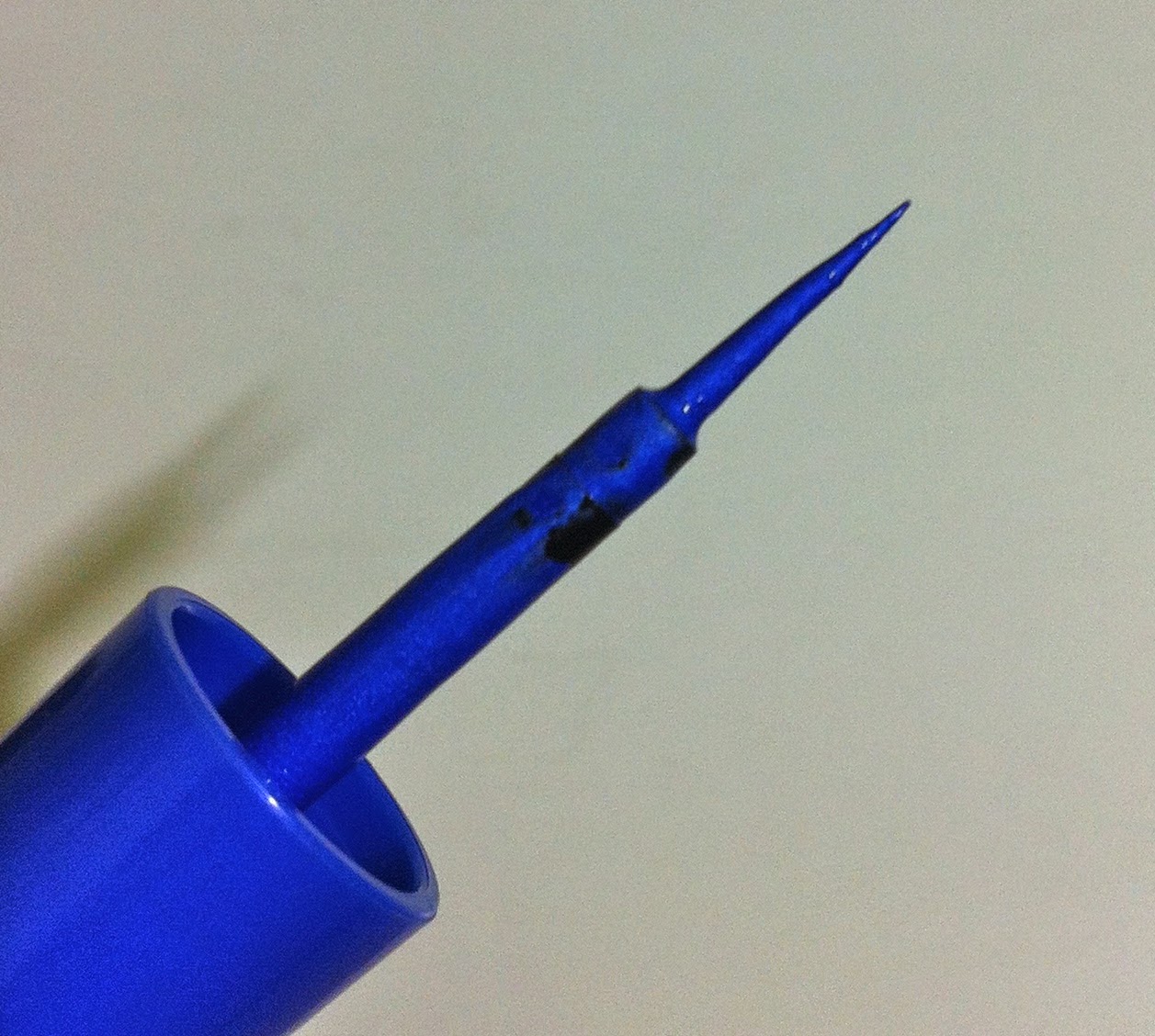 This liner is not without fault.  I have found that Electric Blue does rub off if I run my finger over it.  I suppose this is really only a problem if you are an eye-rubber, but it is something to consider.  It does also transfer to my upper lid by the end of the day if my eyelids are bare (no shadow or primer or anything).  I have fairly oily eyelids, so this might not be a problem if you have more normal or drier eyelids.  It also doesn't seem waterproof.  I doesn't run, just fades.  I don't think it claims to be waterproof, though.

Now, I will admit, steady hands and non-blinking eyes (both of which I don't have) would probably help with application and drawing a really fine line.  I find it easiest to actually rest the brush on the base of the lashes to help steady the brush.  I do get blue liner on the lashes using this technique, but I think mascara covers it up pretty well.  Plus, there are times when blue lashes are cool.

I decided to compare Revlon's Colorstay Skinny Liquid Liner in Electric Blue Electric Blue to Chella's Eyeliner Pen in Indigo Blue that many people received in their ipsy bag a few months ago.


You can see the Revlon liner is much, much brighter.  Much.

I've really been enjoying wearing this with nothing else on the lids, and light corals or nudes on the cheeks and lips.  The color is bright and modern, in my opinion.

If you are looking for an obscenely bold blue liquid liner, you might want to try this one for the color alone!