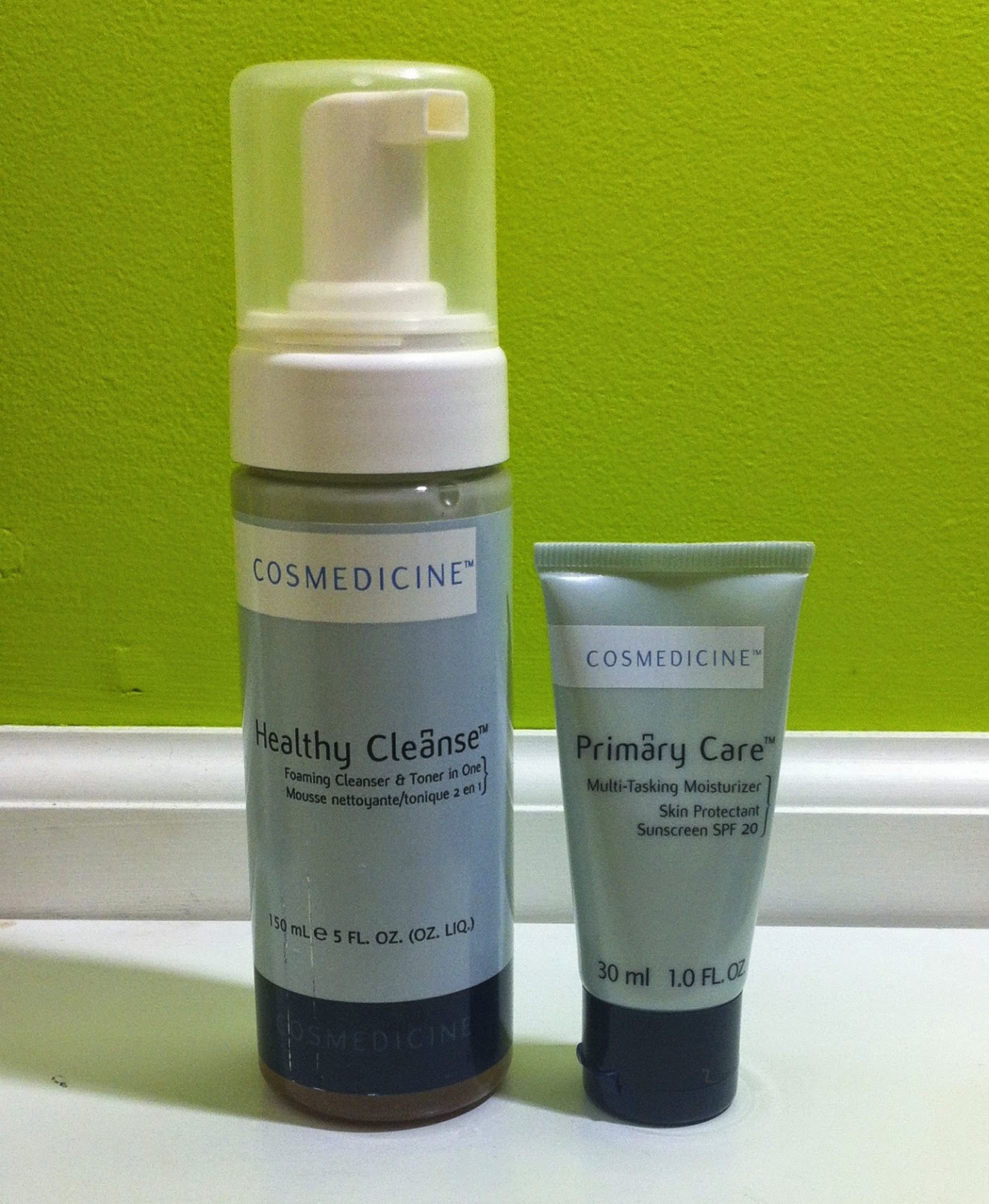 Cosmedicine was a brand that was introduced in 2006 (I think), and was supposed to be a Sephora exclusive brand for at least five years after it debuted.  Unfortunately, I don't think the brand lasted that long.  At least, not as a Sephora exclusive.  I remember seeing it in Meijers (a grocery store chain here in the midwest) a few years later.  The brand is now defunct, as far as I can tell.

The biggest selling point with the brand was that it was tested by Johns Hopkins Medical University. The data about the results of the testing of each product was printed on the boxes, and sort of "proved" the claims made by the company.  At least that's how I remember selling it.

Another somewhat unusual thing about the products was the inclusion of dimethicone in all of the products (well, except for the cleanser and exfoliator), and it was listed as an active ingredient.


I actually quite liked the brand and felt comfortable recommending it (I never liked selling stuff I didn't believe in).  I thought most of their products were well formulated and worked pretty much as claimed for most people.  I did think the one cleanser that was created for the line (yes, there was only one for all skin types), was too drying for most people due to the inclusion of witch hazel.

My holy grail tinted moisturizer for years was "Honest Face" by Cosmedicine.  It had wonderful coverage, was very soft and smooth, had SPF 35, and was hydrating without being heavy.  I was rather sad when it was discontinued.

So, did you ever use anything from Cosmedicine?

P.S.  Now that I have shown you these, they are going in the garbage bin because they are absolutely ancient.
Posted by Ingrid at 12:54 PM