I love how this look turned out. 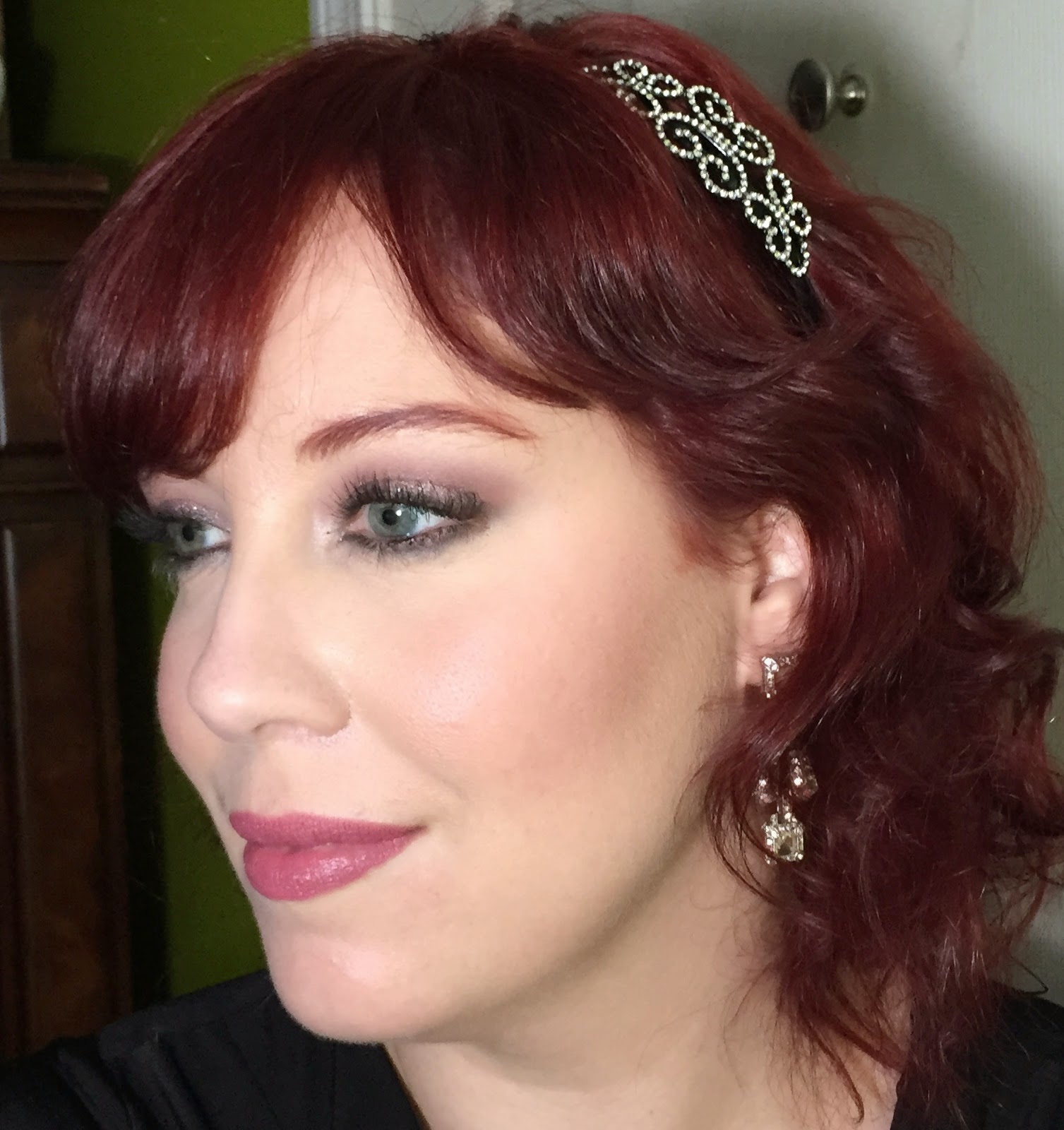 So, what time is it? 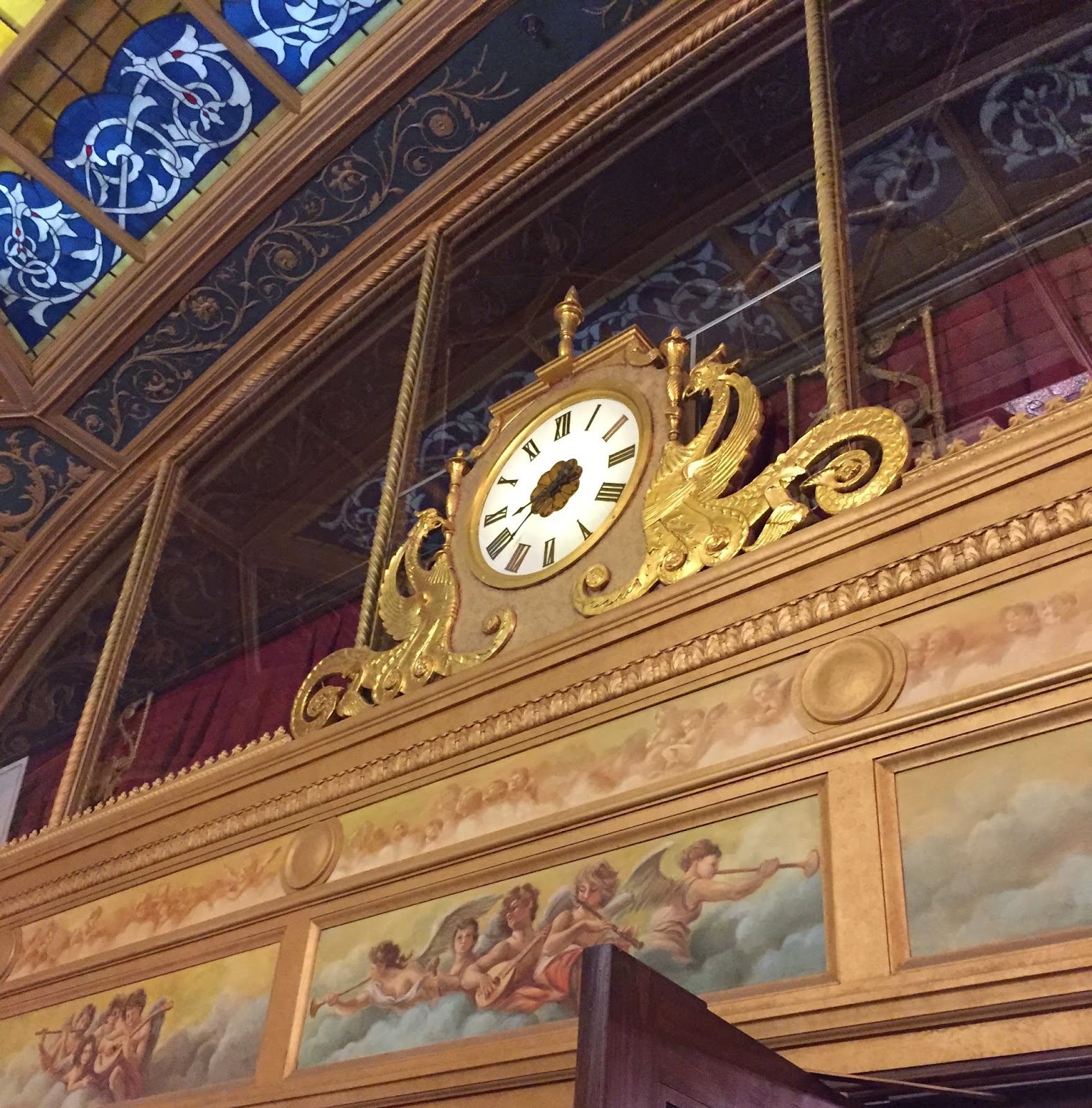 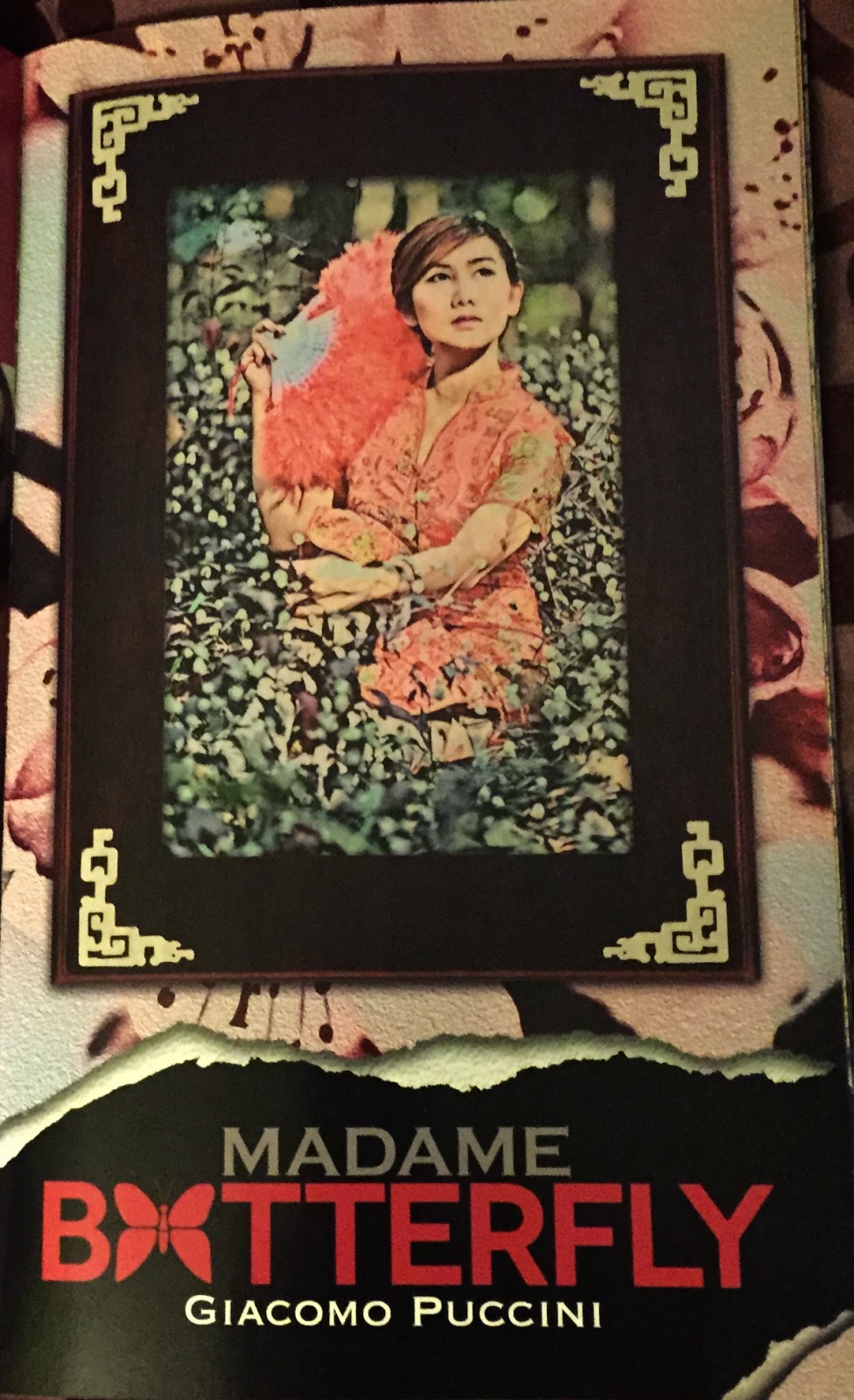 Madame Butterfly is the tragic story of a Japanese woman (Cio Cio San aka Butterfly) who marries a U.S. Naval Officer (Pinkerton).  Pinkerton leaves Butterfly, who expects him to return, but he doesn't show up again until 3 years later with a new American wife.  Upon his return, he learns that Butterfly gave birth to his son after he left.  He can't handle the truth, so he takes off again like a true coward.  Butterfly agrees to let her son be raised by Pinkerton and his new wife, and, with nothing left in her life to live for, she kills herself.  I couldn't even cry at the tragic end of the opera because I was so pissed off at Pinkerton.

As usual, it was a wonderful production, and we had a great time.  My husband suggested that we start having dinners based on what opera we're seeing that night, so we ordered some take out sushi!  (We've found it's easier to eat at home than at a restaurant before the show so that we can make sure we get to the opera house on time.)

I wore some cool tights with a peacock feather pattern. 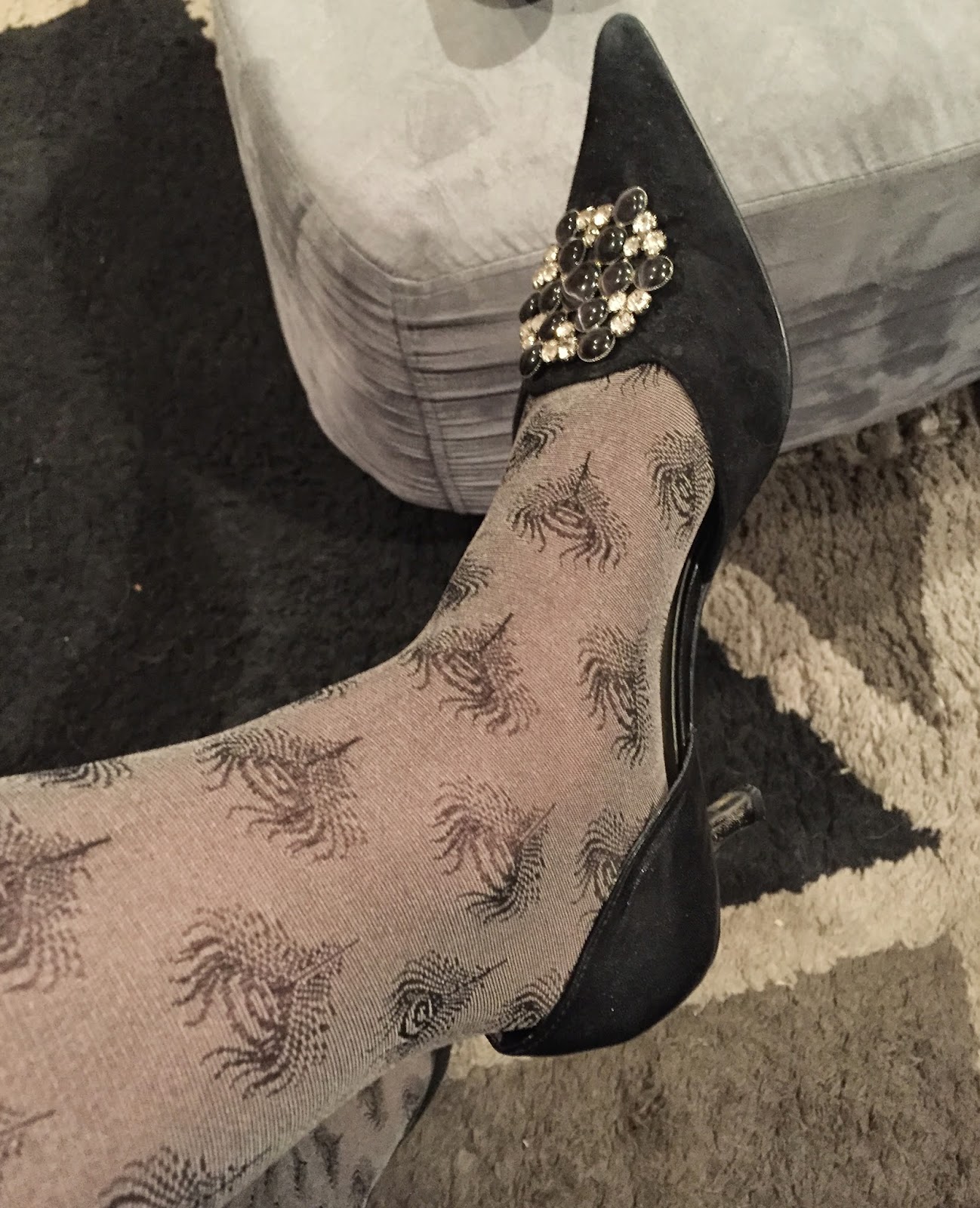 I wore some earrings and a matching bracelet that I bought from JewelMint years ago. I curled my hair using hot rollers and wore a pretty headband. 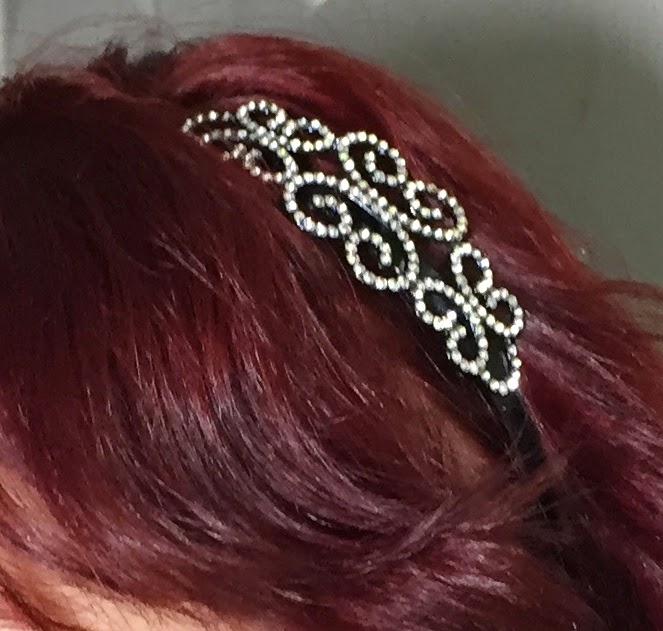 And now, on to the makeup.  I took these photos at the end of the night.  My makeup and hair held up quite nicely, with only a little wear showing on my nose and chin. 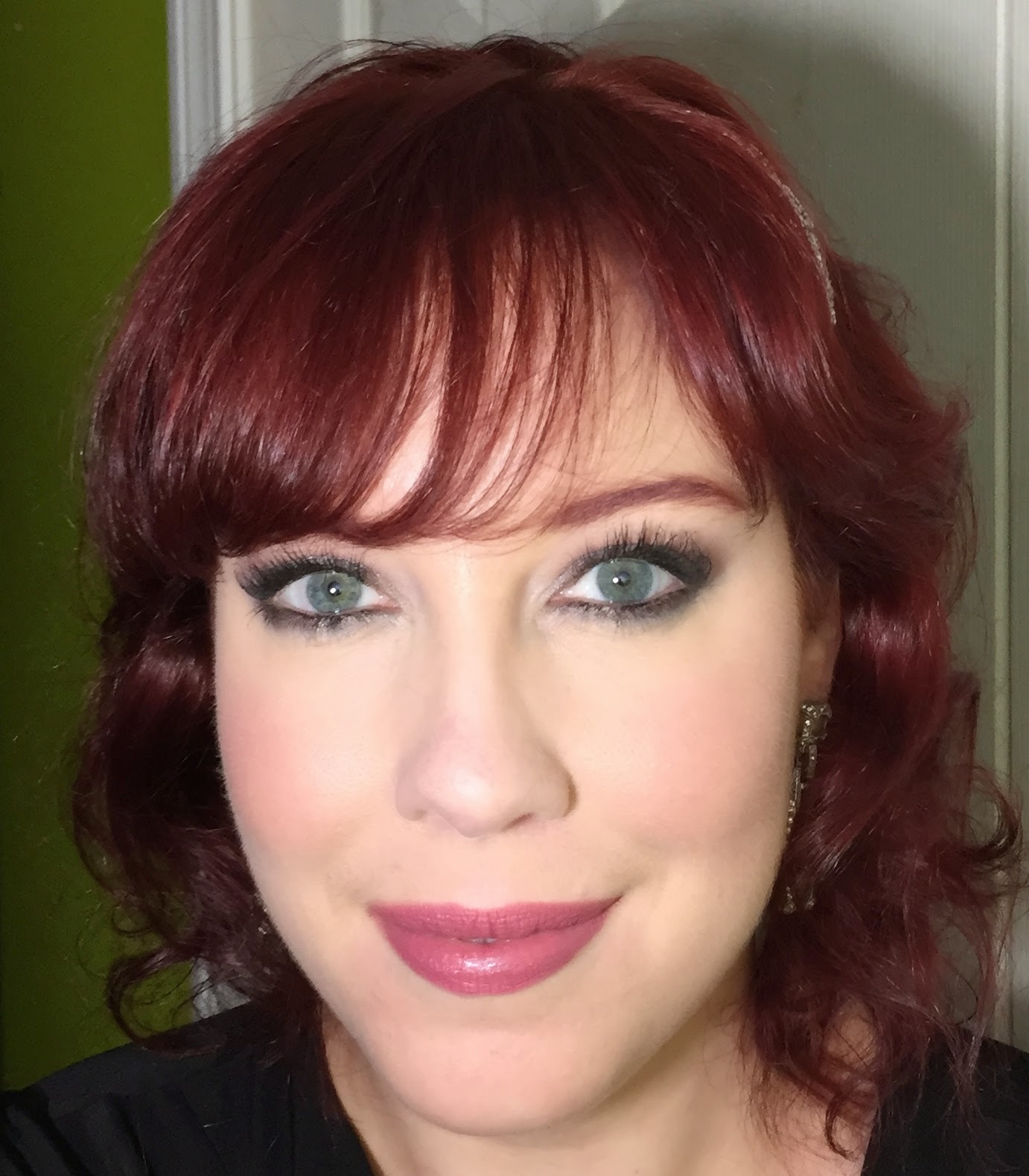 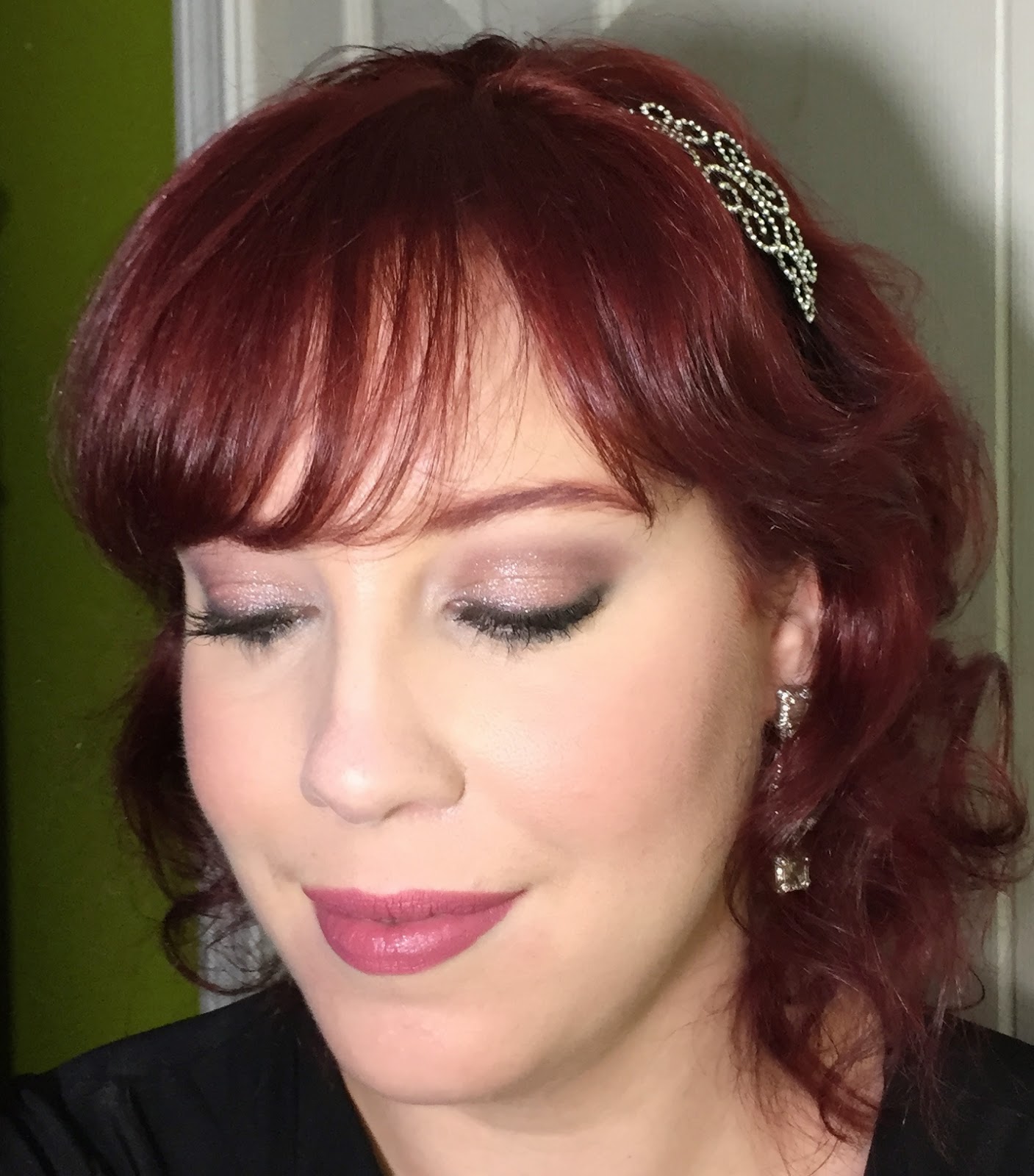 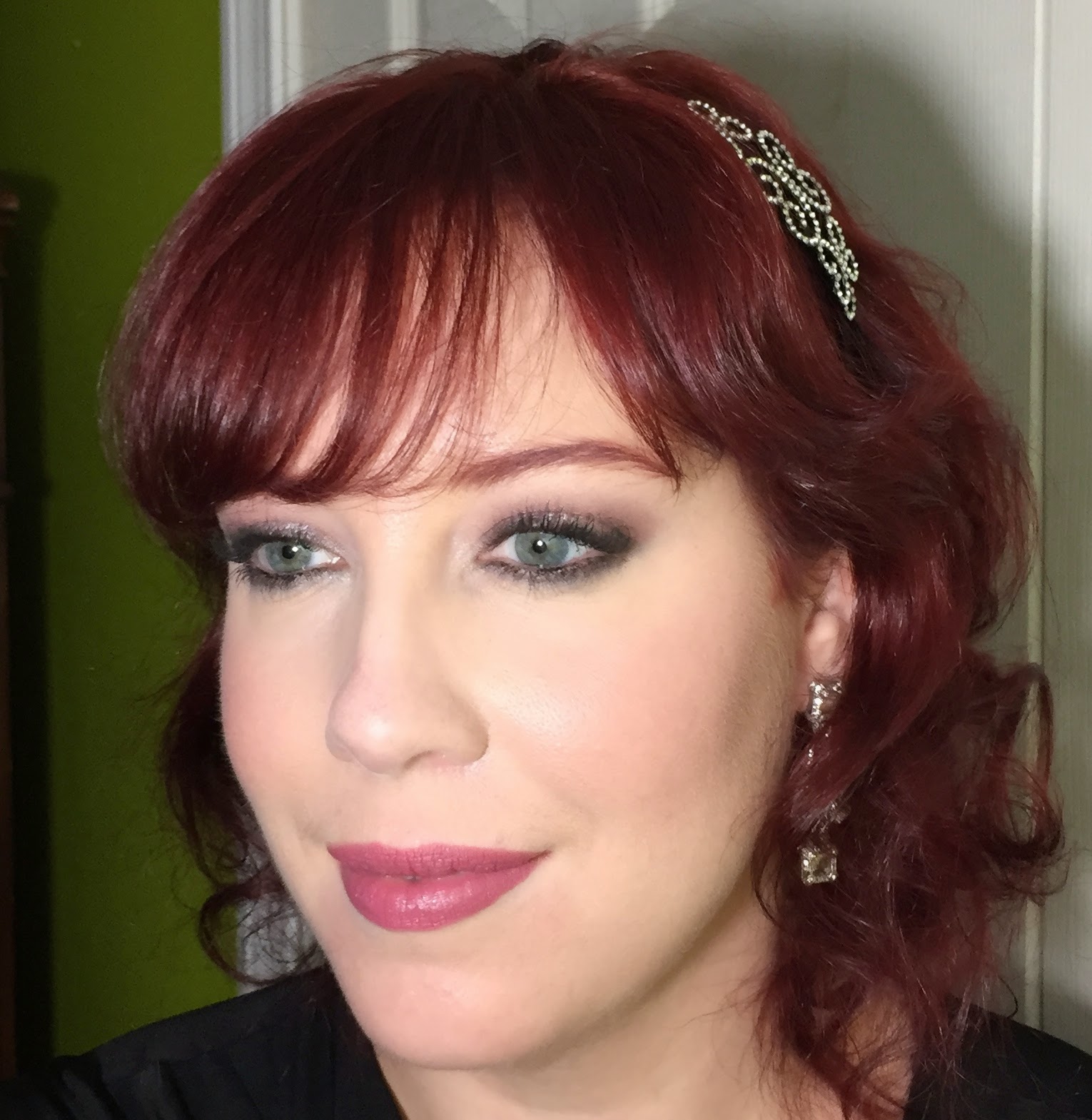 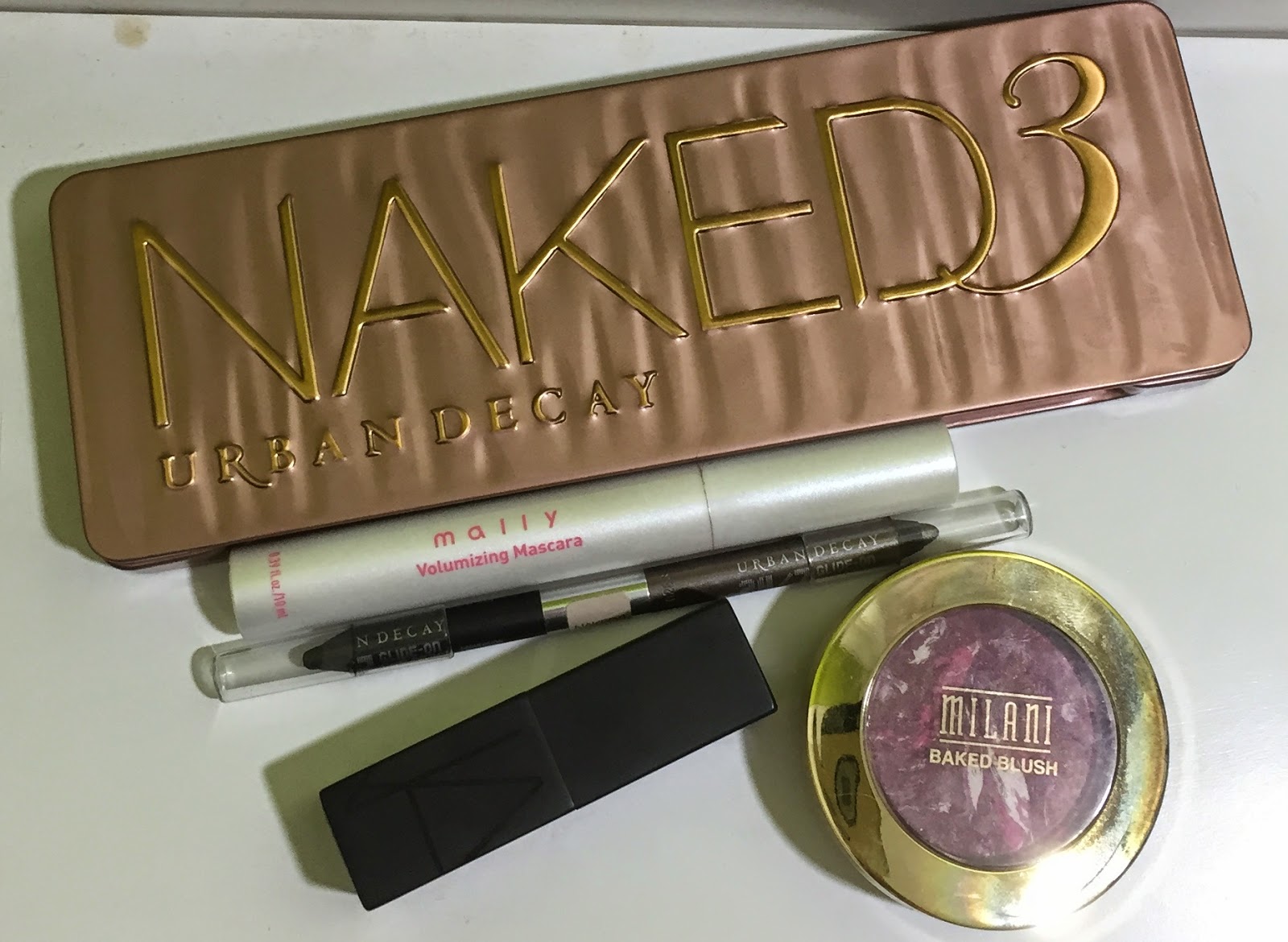 Eyes: from the Urban Decay Naked 3 palette
--- Dust (sparkly light pink) used with ELF Mist & Set all over the lid
--- Nooner (dark matte mauve) in the crease
--- Limit (light matte mauve) above the crease to blend out Nooner
--- Strange (light cream) under the brow
--- Blackheart (sparkling brownish black) as liner on upper and lower lashlines 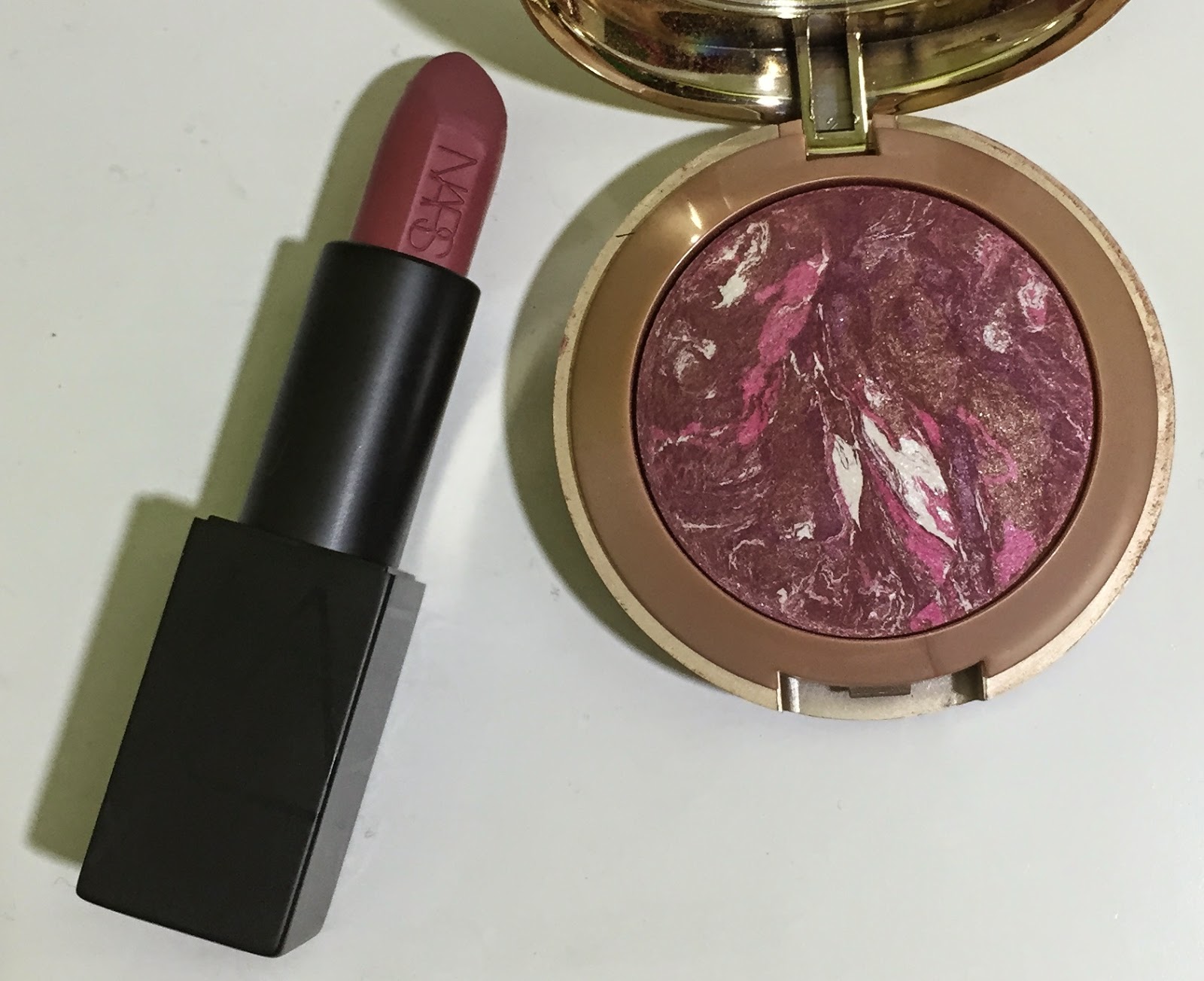 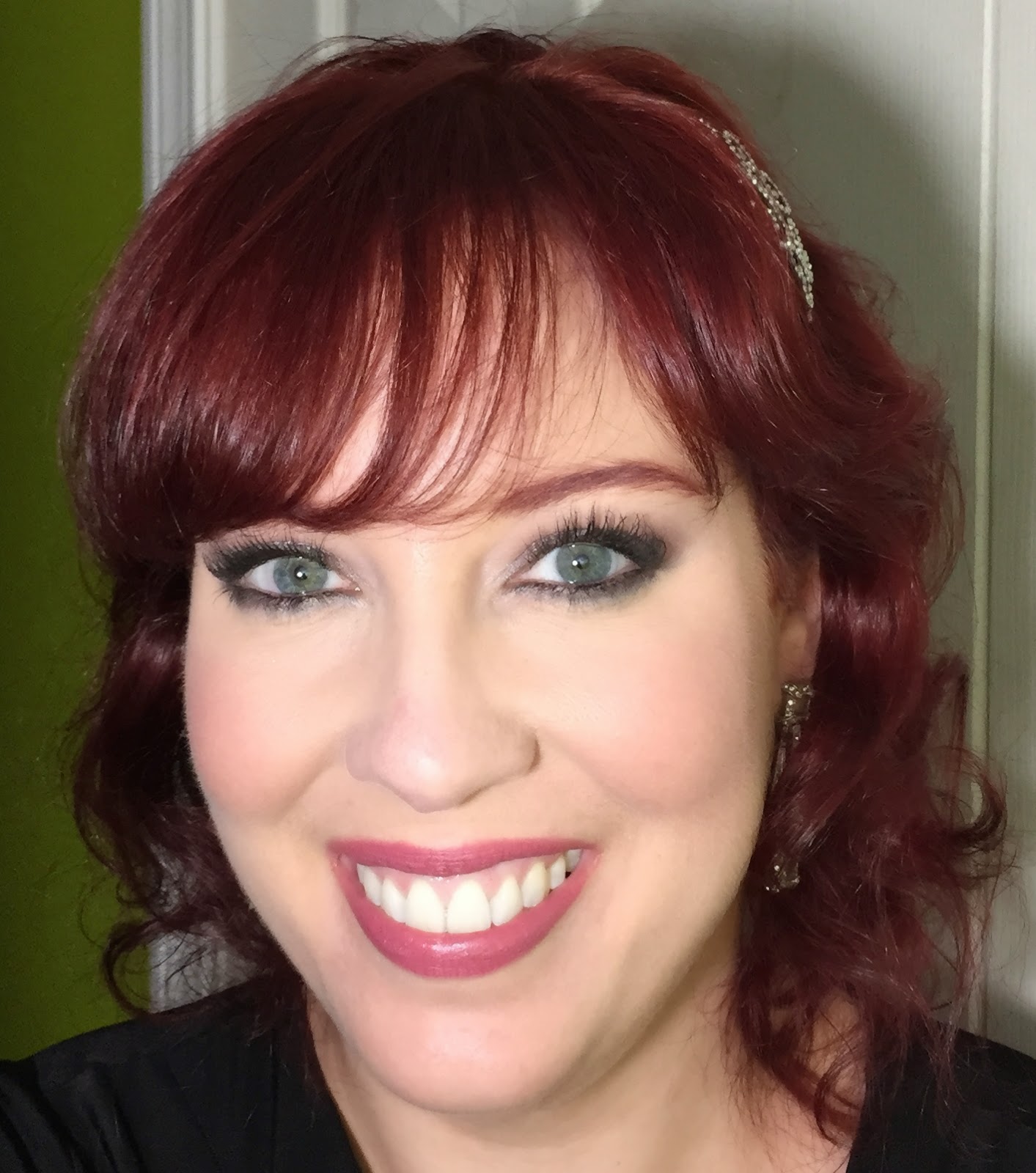 And now, I will leave you with a couple of photographs of the beautiful lobby of the Detroit opera House. 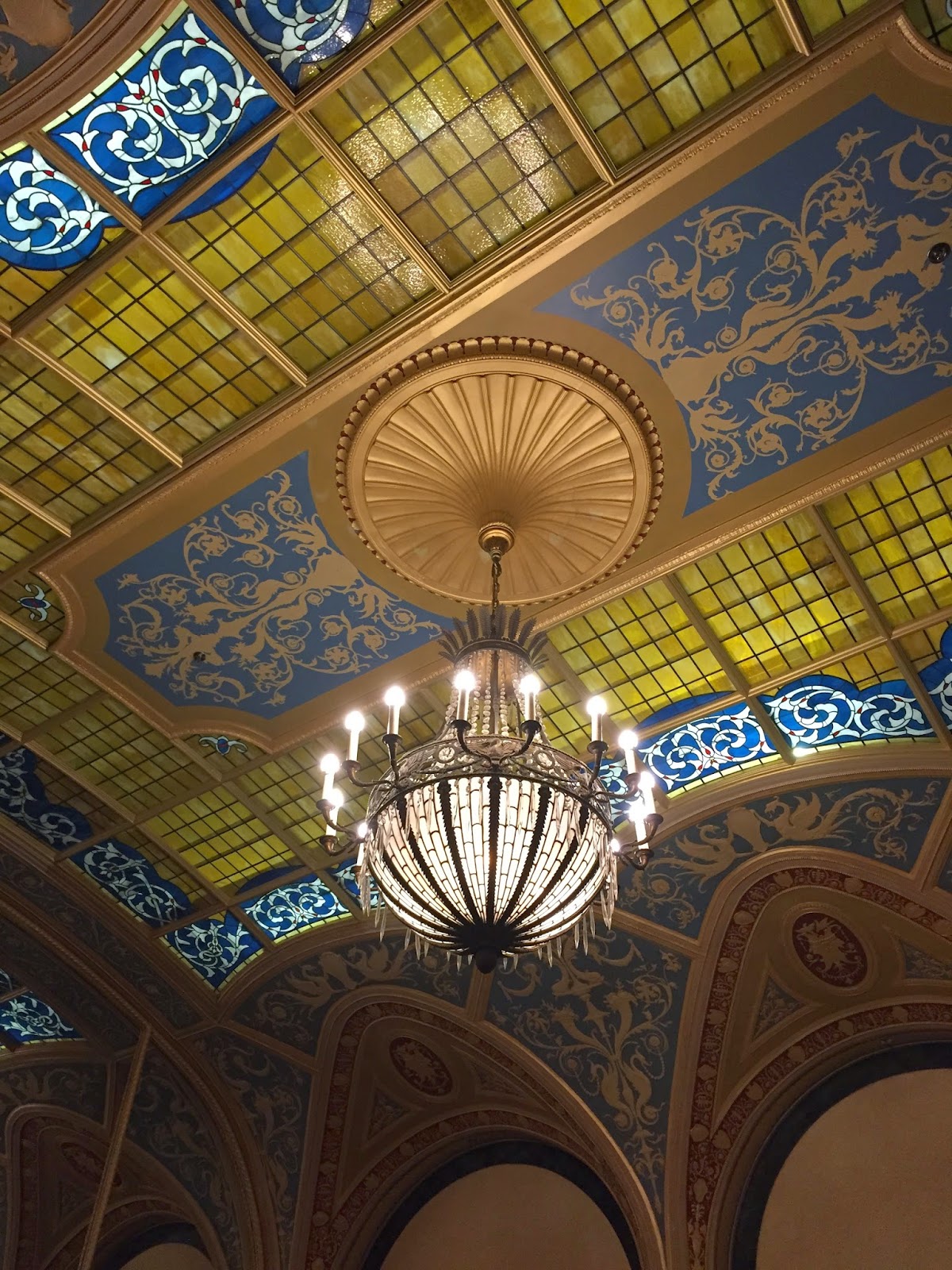 I'm so fortunate to be able to go to operas with my family and have such wonderful times with them!
Posted by Ingrid at 1:03 PM