My favorite cleanser was recently discontinued (it was the Olay Regenerist Purifying one), so I had to begin a search for a new one.

I did a bunch of research on Beautipedia (Paula Begoun's website), which is a site I use quite a bit when shopping for new skincare, and chose to look into the Purpose Gentle Cleansing Wash.  It was on her list of best products, and I trust her research (although, I don't always agree with some of her less favorable reviews -- case in point: the Josie Maran Argan Oil.  She says it's a one note product, which it is I suppose, but I love that stuff).

Back to the Purpose cleanser.  I knew the ingredients were gentle and safe, so I decided to give it a try. 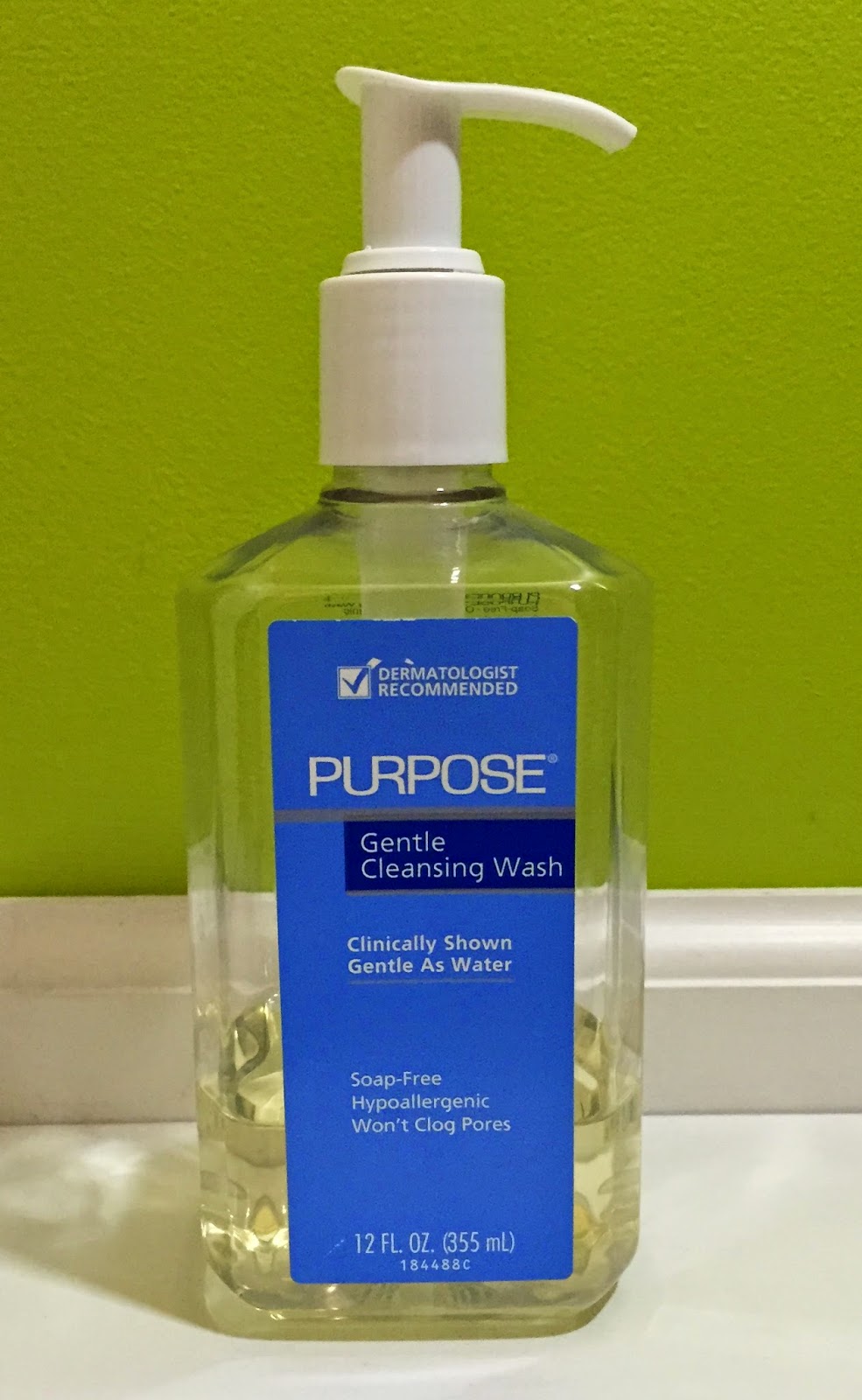 Purpose Gentle Cleansing Wash claims to be as "gentle as water" -- it says so on the bottle.  I think I have to agree.  I can use this on/around/in (!) my eyes, and it never stings.  The Olay cleanser I used to use sometimes stung my eyes.  I use my face wash to finish removing all of my makeup, so it's important to me that I can thoroughly use it around my eyes. 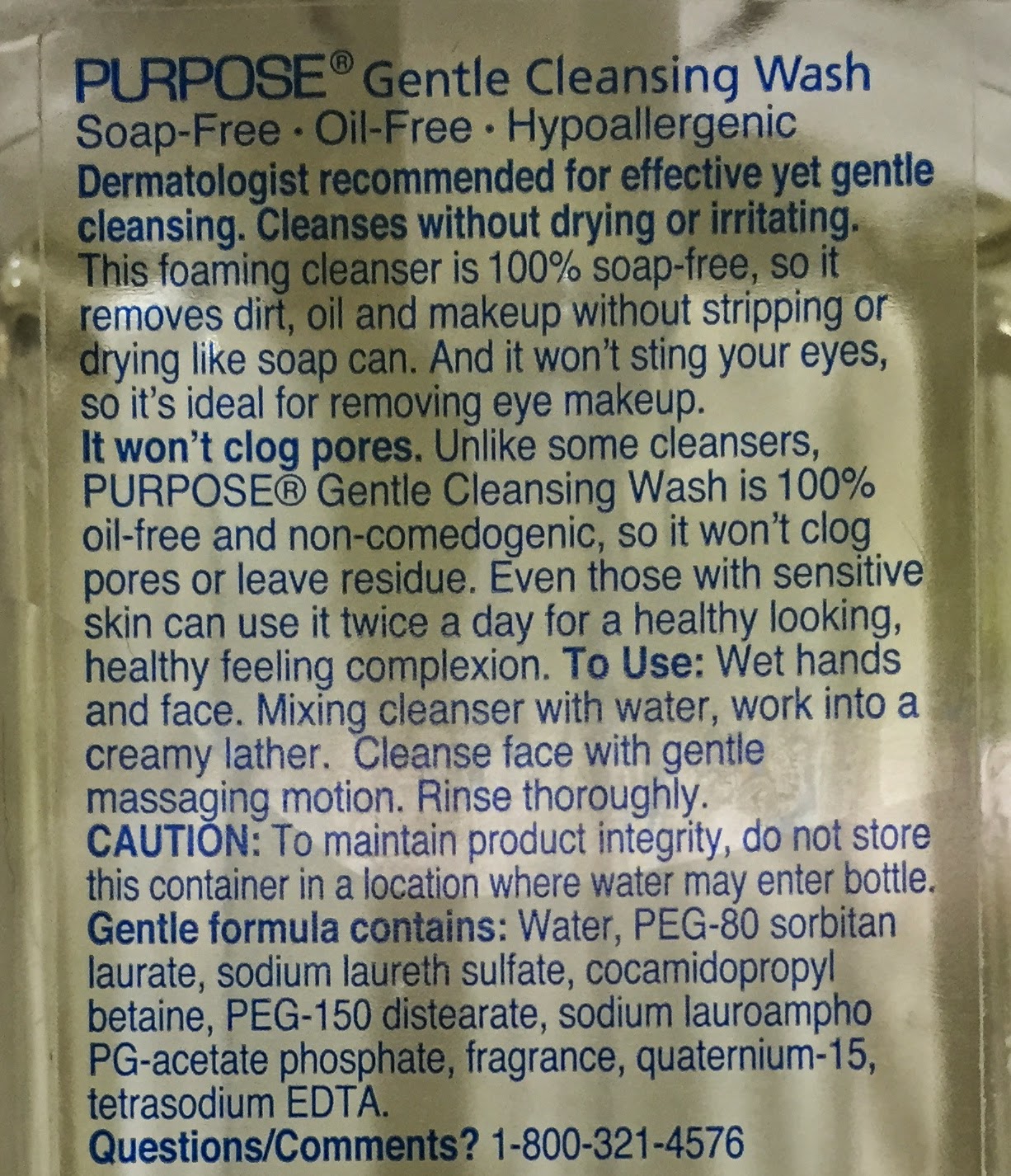 It has a thick gel texture, and it creates a bit of a foam when mixed with water and massaged on the skin.  You do have to massage it pretty well for it to get very foamy because it is quite thick.  I think that's fine or even good, because the time and action required to make it foamy and thinner in texture allows for a through cleanse and removal of all the excess oils/makeup/pollution on the skin. 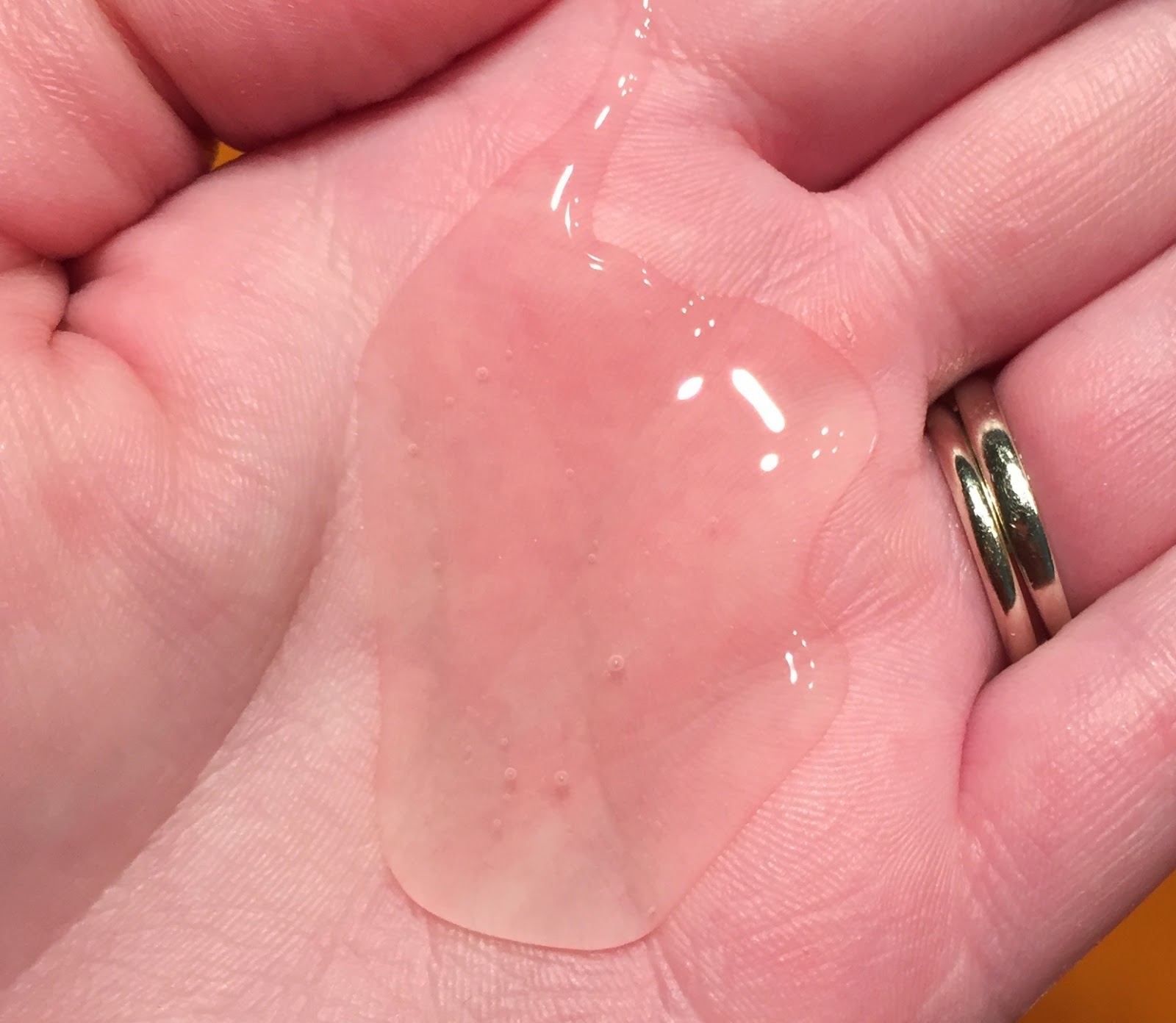 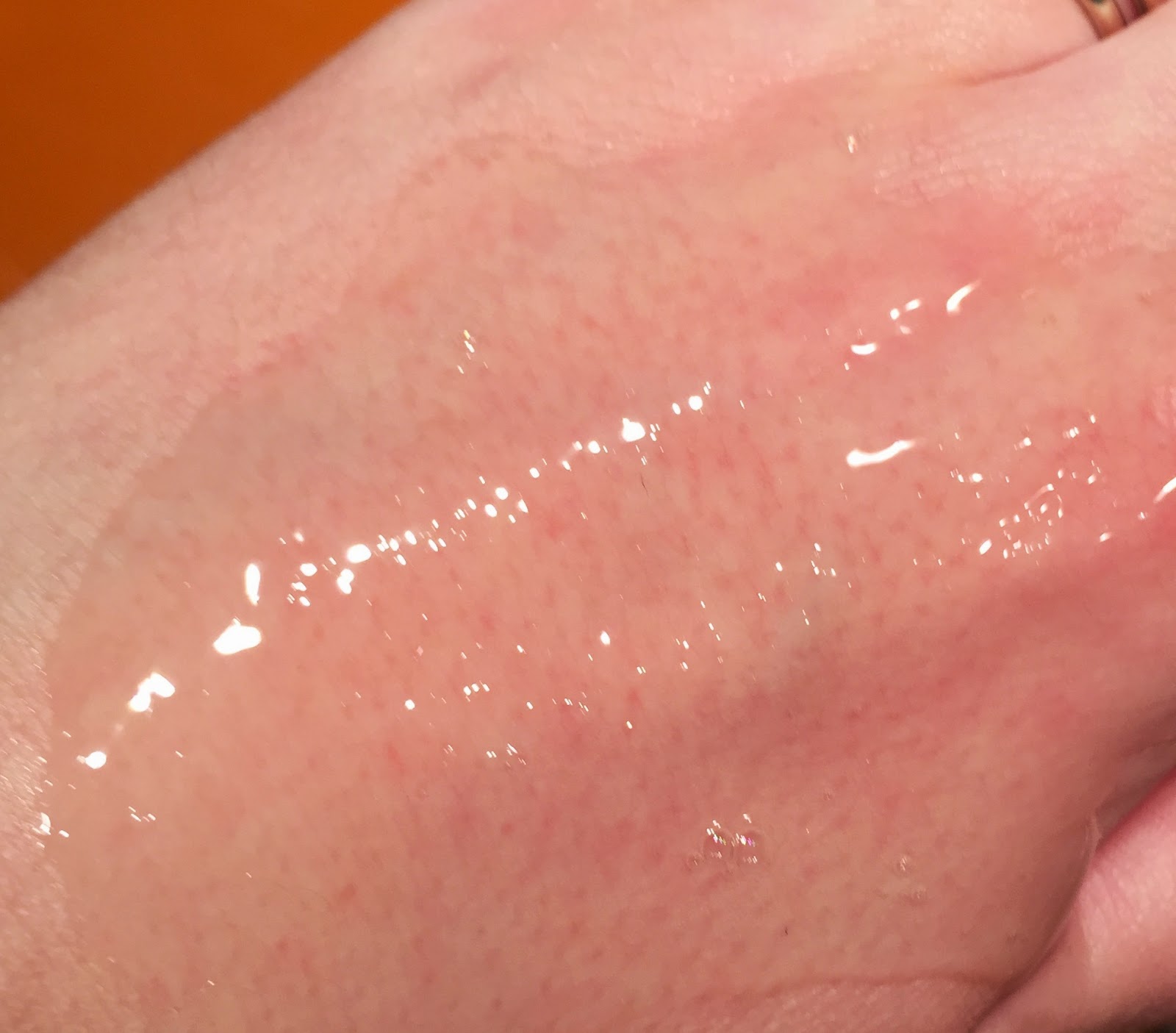 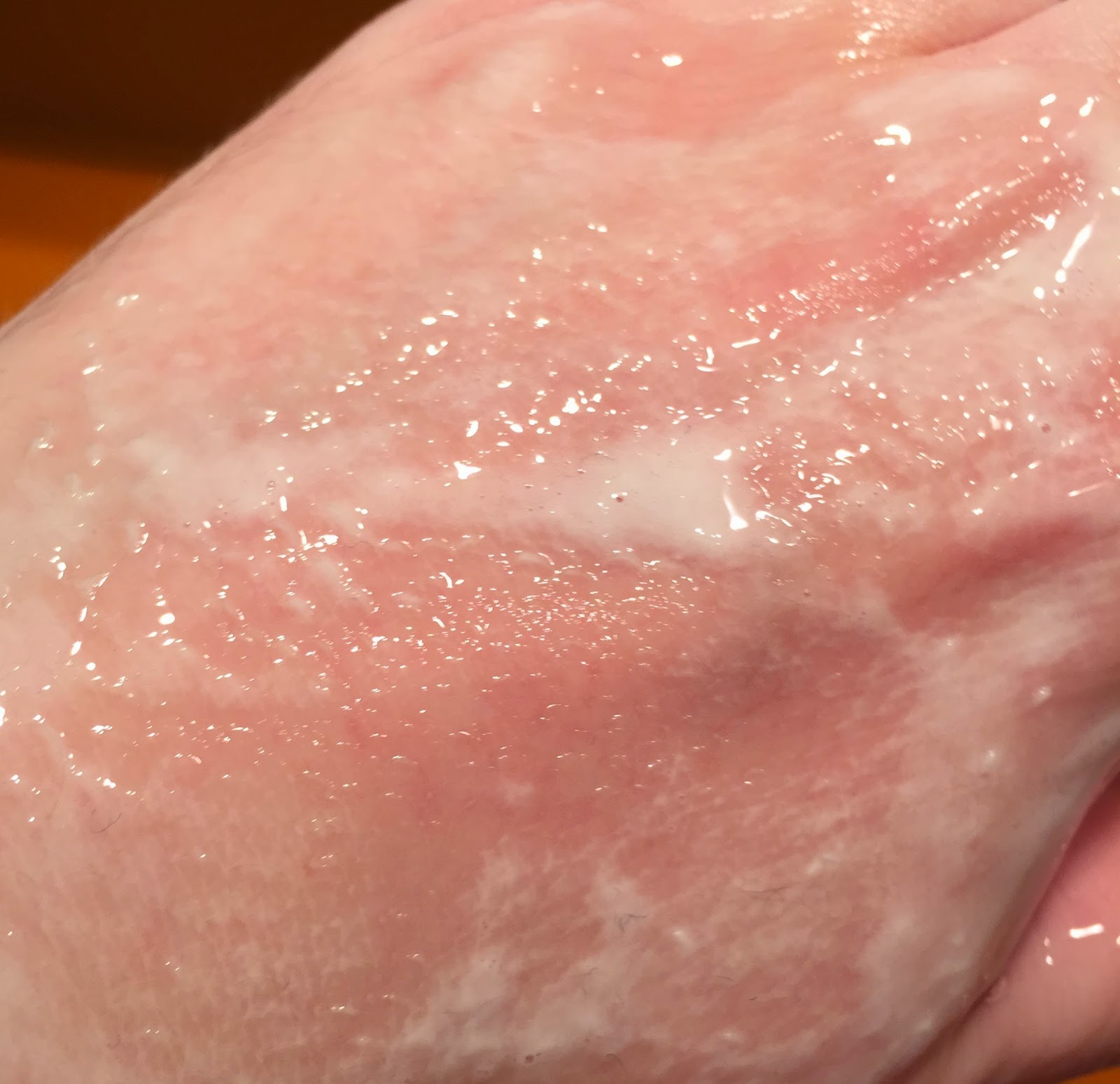 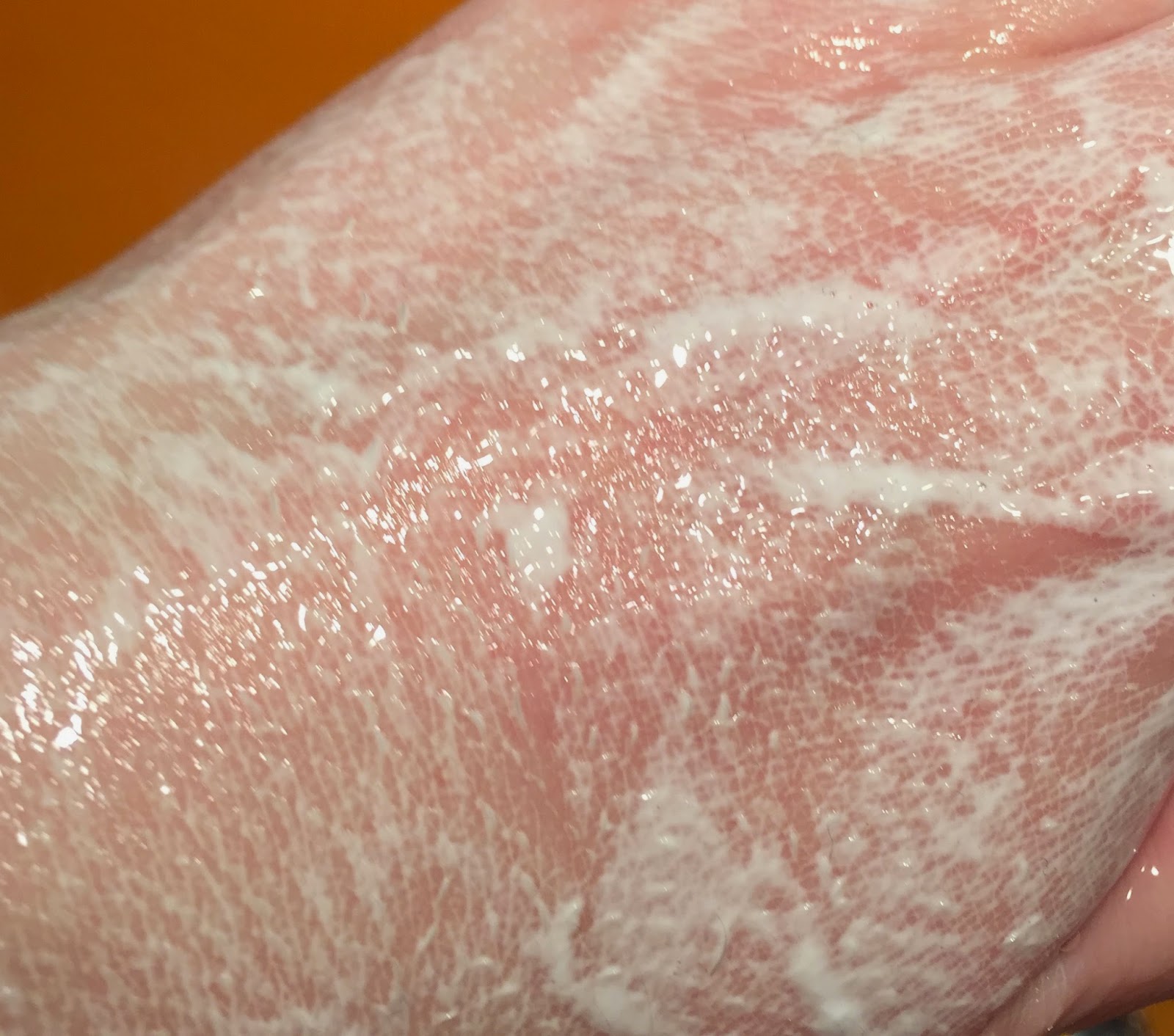 It has a very faint clean scent (it does list fragrance as an ingredient), but it is barely perceptible to my nose.

My face never feels tight or dry after I use the Purpose cleanser, but it definitely feels clean.  It works well with my Clarisonic (which I use maybe once a week), a washcloth (which I use every night), or my hands.  At night, I really work it around my face and eyes with my hands first for quite a bit of time (maybe 30 seconds to a minute, although I've never timed it), then use a washcloth to wipe of the excess, and then rinse.  It rinses off easily and doesn't leave any residue.

It doesn't contain a lot of extra ingredients, so it's quite a basic face wash, but it does a really good job cleansing the skin, in my opinion.  It would be nice if it didn't contain fragrance, but it's so low on the ingredient list that it's not a deal breaker for me.

My skin has been behaving nicely lately, so obviously I've not had any problems with this cleanser (it's the only piece of skincare I've changed recently).

In short, I pretty much love this cleanser.  I've already been through one bottle and I bought the big bottle a couple of months ago.  I think I'll be sticking with this one!

P.S.  I'm one who doesn't tend to spend big bucks on cleanser, because it doesn't sit on the skin for very long, so most beneficial ingredients will be rinsed off the skin before they can really do their job.  I would rather spend money on a serum or moisturizer (although there are plenty of those that are great that aren't particularly expensive).  I'm not saying an expensive cleanser isn't worth the money if you like using one.  They are often cosmetically very elegant and enjoyable to use.

P.P.S.  Sodium Laureth Sulfate is a completely safe and gentle detergent and surfactant.  It is Sodium LAURYL Sulfate you want to avoid.  (see here)